Steel’s been with us so long, it’s impossible to imagine a time without it! So much of our infrastructure is built on steel, from air and rail travel right through to modern buildings – but what people may not know is the fascinating journey that takes place to produce steel from iron.

Humans have used iron for over 5,000 years, but at this early stage is was meteoric iron from space; it took a further 2,000 years for us to discover how to refine iron ore. Iron ores are essentially iron oxide, with two iron molecules and three oxygen ones. As carbon is more reactive than iron, when iron ore goes into a blast furnace, the carbon reacts with the oxygen and leaves behind the less reactive iron. This first-stage purification is known as pig iron – named after the oblong blocks it’s cooled into.

This kind of iron isn’t anywhere near as strong as steel and still contains large numbers of impurities – unwanted elements such as silicon, sulphur and excess carbon don’t allow a particularly strong metal to be created. 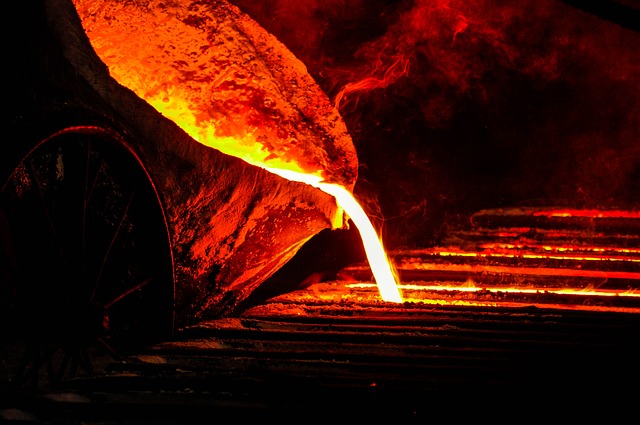 An open-hearth furnace is one way of producing steel from less refined iron. By mixing the iron with limestone – and some further iron ore – the heat creates a series of reactions that form a floating layer on top of the molten metal called ‘slag’. Unwanted impurities react with the heat further and are oxidised out of the liquid beneath and go right into the slag layer. Depending on which grade of steel is required, once the carbon content of the molten mass drops below around 1.5%, it becomes steel. Slag was once regarded as a waste product and was often dumped into what became large, man-made hillsides called slag-banks. There are a number of these across the north of England, including some extremely large instances that make up over a century’s accumulation! These days, slag is used in any number of secondary processes and has even been used to create roads.

The Bessemer process is later, much cheaper way of producing steel that was used from the 1850’s onwards. Named after Henry Bessemer, here the pig iron is melted in a converter and air is blown through the molten iron. Oxygen from the air binds with the impurities in the iron to form oxides – but the clever part is that the oxidisation process produces heat, which keeps the iron molten. Driven by a need to create armaments to support the military, it reduced the time and cost of steel and formed the basis for later steel-refining techniques.

The modern method of producing steel is the Basic Oxygen Furnace. It’s an extremely fast way of producing steel – at least 10 times faster than using the old open-hearth furnace. By using purified oxygen instead of air, the introduction of foreign elements can be limited and the reactions carefully controlled. It’s also possible to use additional metals to create alloys and different grades of steel, allowing highly specialised steels to be fabricated and utilised for highly specialised roles.

Although steel production is as efficient as it’s currently possible to make it, the process from iron ore to highly specialised steel is one that’s complex and fascinating all in one go!