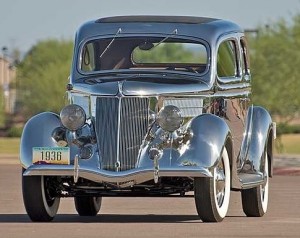 There are many engineering projects around the world which command instant respect, admiration and sometimes awe, but the word engineering has itself become a little cold. From the early days involving steam engines, through the progress those pioneers allowed in the great civil engineering projects to today’s precision engineering in the gas and oil industry, engineers have changed the world and the science of metallurgy has been with them every step of the way.

There are many projects that began as a way to solve a problem, such as the Tyne Bridge, which was completed with flair and beauty. Others are less immediately practical and some of the most interesting are those that came into being purely as an experiment.

One such example is the collaboration between the Ford Motor Company and the Allegheny Ludlum Steel Division. In 1936 Allegheny Ludlum, a pioneer producer of stainless steel, suggested to Ford that a car could be made from stainless steel. The officials viewed it as part experiment and part campaign to showcase the new metal and its fantastic properties to a public which remained largely unaware of advances in metallurgy. The result was the 1936 Ford Tudor Sedan, a tribute to one of the most dynamic metals ever developed. However the dies used in production shattered when stamping the stainless steel parts, therefore ensuring very limited production of these cars.
The photos shown here are of one of only four cars left in existence and the only one still in a fully running condition. The tireless work of Lon Kruger has restored the original jaw-dropping beauty, which has only travelled 18 miles since the restoration was competed. Around 2,500 hours were estimated for the total restoration, many of those in the finishing of the body by graduating from 80-grade all the way through to 1,000-grade before finally using a cotton high-speed polisher to create the mirror finish. For those interested in the specifics, underneath the car runs a standard 221/85HP flathead V8 on a 3-speed manual gearbox. The power generation was 85 horsepower and even featured a Columbia overdrive, which still works.

Since the restoration, this car, which is the only one in private ownership, has won two trophies at the Early Club Auburn 2009 event, 1st place at the 2009 Hershey AACA event and was blessed with nomination as 2009 AACA car of the year.

These astounding machines were built by Allegheny as a promotional and marketing tool, but even in their day were considered such a prize that the top company salesmen were allowed to drive them for one year and were honoured to do so. It still looks as astonishing today as it did then, which is no mean feat after the 200,000 miles each car did before being removed from service.

There are a lot of things that engineering may be, but when the mindset of ‘I wonder if we could…’ turns out something this beautiful, cold is not a word you can use. 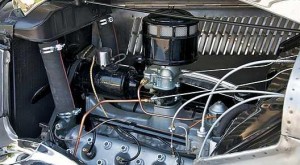 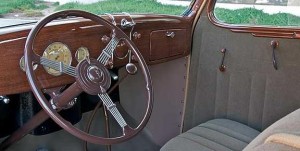