There are a few key times when the world of metallurgy takes a giant leap forward, as opposed to the incremental ‘small steps’ that usually define progress. In recent years, we’ve been able to identify these shifts as they’ve occurred, such as the discovery of stainless steel or the invention of the Bessemer process, but other times the acceleration of knowledge has been obscured and hidden in history.

This is exactly the case with an ancient dagger, discovered in 1925 that was wrapped in what was effectively Tutankhamun’s shroud. The archaeologists were able to identify the blade as being iron-based and had been in situ since the sarcophagus was sealed, approximately 3,000 years previously. The question, however, is how the blade had survived the entire time without oxidising, degrading and effectively turning to rust.

Research into the blade only provided more questions. When it was x-rayed, the analysis showed that it was effectively an alloyed iron, with a significant amount of nickel included in its make-up. The ancient Egyptians, despite being advanced, didn’t have the technology at the time to carefully construct such a metal and seems quite alien to them… which, it turns out, is a more accurate expression than they could have anticipated!

The knife itself appears to have been reworked from a fallen ferrous meteorite. Its chemical composition is similar to a number of meteorites that are known to have crashed in the area, which first pointed the direction to an extra-terrestrial body. In fact, it took until the year 2000 for the exact body to be found, one nicknamed Kharga that fell near the port of Alexandria. 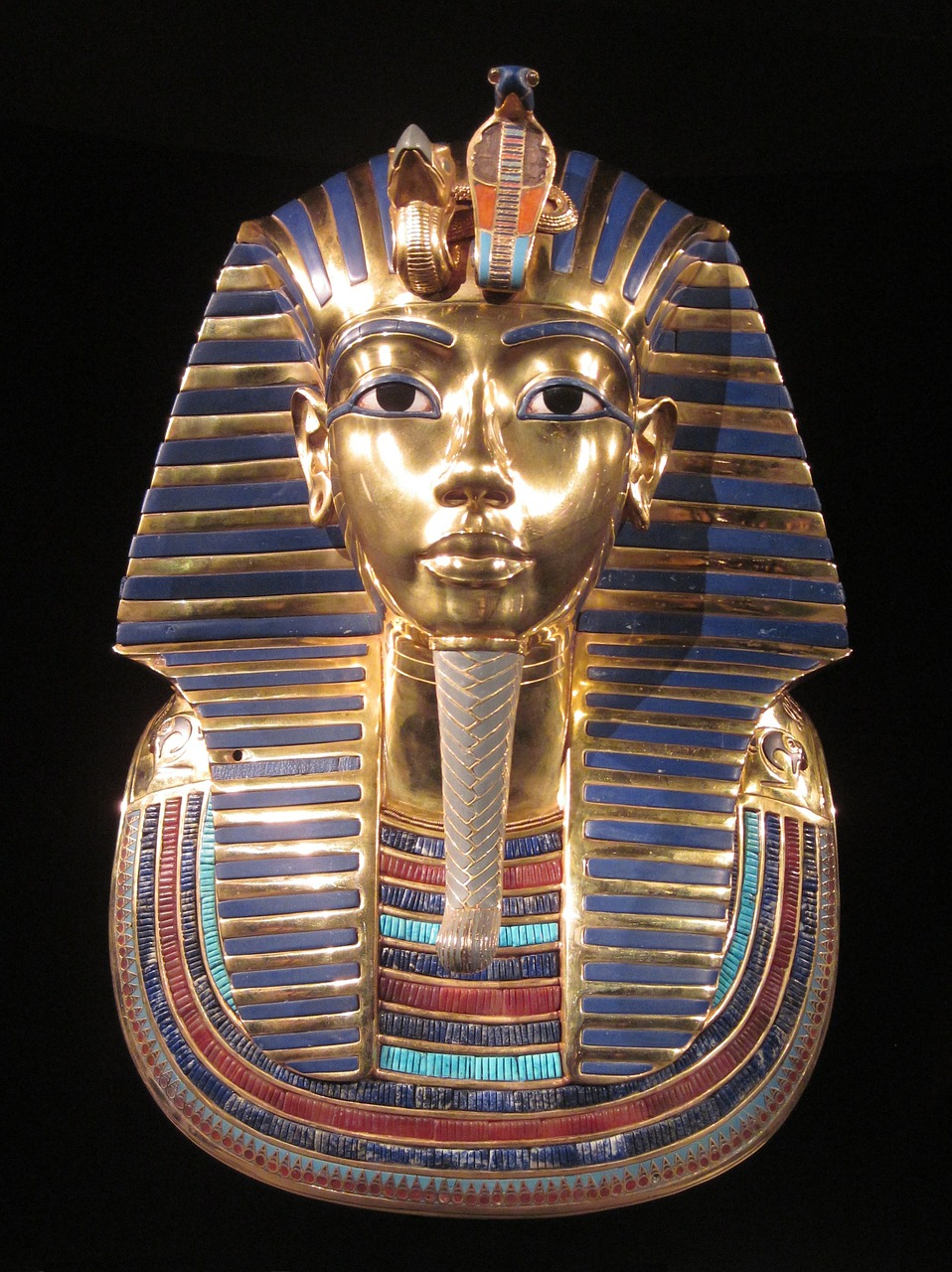 What’s interesting – and impressive – about the blade is that the ancient craftsmen found how to work the iron into a blade, long before they were able to create their own through smelting. In fact, it’s estimated that smelting only started to happen in the area around 1,000 years after Tutankhamun’s death.

The metal that was ‘harvested’ from meteorites would have been very prized, even more so than gold. The perception that the material came from the heavens meant it would’ve been perceived as a gift from the gods and coupled with the rarity of meteorites, it would have had great significance and importance placed upon it.

It shows how much it was prized, as not only was it buried with the King, but the blade is set into a handle made of gold and the pommel is fashioned from rock crystal, decorated with classic Egyptian symbols of the jackal, feathers and lilies. It’s odd to think that the intricate handle would’ve been considered the cheap part when compared to the iron blade!

This reworking of a meteorite by heating and shaping could well have been the seed that planted the idea of smelting that followed. While we’re conscious of not making an out-of-this-world gag, this highly prized piece of alien metal that fell from the sky could well have been the inspiration for some of the advancements that followed, making it a genuine boost point in the history of metallurgy.