Although we may refer to this as the digital age, iron and steel are still the backbone of everything that we build, make and do. Information and digital services may be relishing in cloud systems, collaborative working and the accelerated learning in science, but these applications still have real world roots and the infrastructure that holds the whole thing together is still heavily reliant on physical structures.

A lot of technological advances are revolutionary not because they produce something radically different from what went before, but as they allow the desired product to be made faster, cheaper, more efficiently or with less waste. One such leap was the creation of cast iron bar – which is incredibly useful and highly desirable – but without the need to actually cast the metal into a mould. 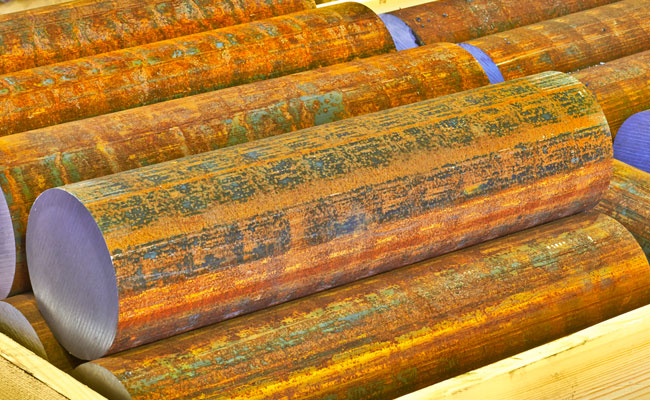 Originally, iron took a lot of working to take it from ore, changing into molten iron and then pouring it into casts or a moulding process and allowing it to cool. This process was quite time consuming and during the 1930’s and 40’s iron bar was in high demand. Following the Second World War, an alternative was found that could process a continuous iron bar without the need for patterns or conventional moulding processes.

Here the molten iron is firstly poured into a feeding furnace that has a water-cooled graphite die on the lower edge. The molten iron is cooled and shaped by the die, still very hot, but cool enough to retain its basic shape. The freshly formed bar is then pulled across the line, where it’s allowed to cool more gradually. The ferrostatic pressure keeps feeding the iron through the die and pushing it along, and as it cools gradually, it forms the necessary microstructure and is almost indistinguishable from the fine-grained cast that came before it.

The bar, once cooled, is broken into uniform lengths and shipped. This method could quickly supply the massive infrastructure projects that arose worldwide throughout the 1940’s and 50’s when iron was in high demand. There are also a number of benefits to being able to alter the shape of the bar by altering the shape of the die and equally desirable efficiency savings. One of the more ingenious parts of the continuous bar process is that slag floats at the top of the feeding furnace, away from the water cooled die giving a better quality product without the usual complications.

The continuous bar process was an innovation at the right time for the world; while it may not have made the headlines, it certainly allowed the supply iron bar to be made in an efficient, usable way and in turn allowed the new world to supply all the ferrous metals that we take for granted every day.