One of the most intriguing figures in Sheffield’s history of steel is Benjamin Huntsman, who went on to be a tool steel manufacturer, but had quite an impressive array and career before he took up his final position! 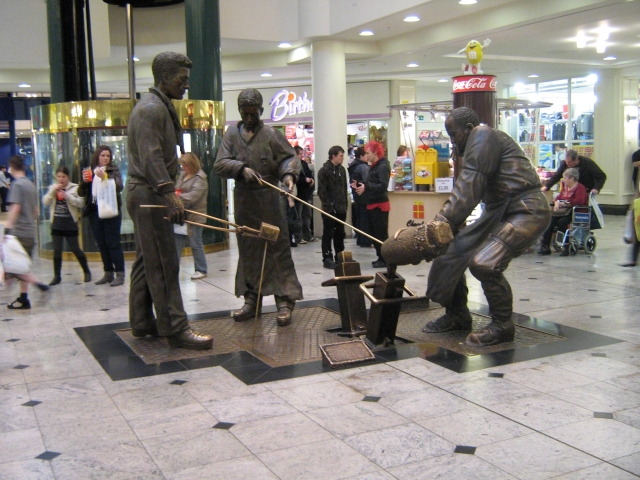 There’s some discussion about Benjamin’s birth, as although he was born in Lincolnshire, many believe that his parents were German and arrived shortly before his birth. Although they were farmers, the young Benjamin showed an aptitude for a wide range of careers, particularly in mechanics.

The young Huntsman set up his first business in Doncaster as a clock maker. While many would be happy to pursue the life of working with small, precise mechanisms, Benjamin also used it to fabricate tools and even work as a locksmith. If that didn’t keep him busy enough, he used his engineering knowledge to work as a mechanic repair man, which even at the beginning of the 18th Century wasn’t in-keeping with his established businesses.

Benjamin Huntsman’s clearly enquiring mind wasn’t done with working on a number of different projects, as he used his standing and reputation to be granted a licence to practice surgery in an experimental fashion and acted as a consultant in what we’d now refer to as Ophthalmology.

In his mid-thirties, Huntsman turned his attention to steel manufacture and spent years experimenting and refining his techniques. He eventually made a cast steel in clay crucibles, which were then molten using coke and poured back into clay crucibles. Initially, the new steel was rejected by Sheffield’s cutlers, as it was much harder than the imported German steel that was popular at the time. It was actually French cutlery makers that recognised the potential of this new cast steel – and they used it to make implements that were then reimported into the UK.

The initial reaction of Sheffield’s cutlers was actually to try and have the export of this steel banned. When the attempted ban was unsuccessful, Huntsman started the process of moving his entire business to Birmingham and only once the cutlers realised that this could have dire consequences, they started to use the Huntsman steel themselves. What’s interesting is that Benjamin never bothered to patent his process – and according to a local legend, an iron-founder by the name of Walker posed as a homeless man, begging to spend the night by the fire and in doing so managed to find out the secret of the fabrication.

The ‘theft’ of his secrets didn’t damage Benjamin’s business and due to increased demand, he moved his business locally in 1770. The site would eventually become the main location for Sheffield’s special steel making industry.

Benjamin Huntsman was nominated for membership of the Royal Society, but politely declined as it was against his Quaker principles and he also preferred to work alone, rather than collaboratively. His business continued to thrive and he remained active, enquiring and in charge until his death in 1776.

Benjamin Huntsman may not be one of the most famous of Yorkshires steel sons, but he clearly had a very special mind and an enquiring nature, which not only made him very successful but provided a wealth of history and information that helped to make Sheffield what it is today.