Well, it’s 2017. As we know from the famous film trilogy, we’re two years overdue on our hoverboards, but the Chicago Cubs have finally won the World Series. Possibly the most striking thing we find this year is the DeLorean DMC-12 is once again due to go into production. 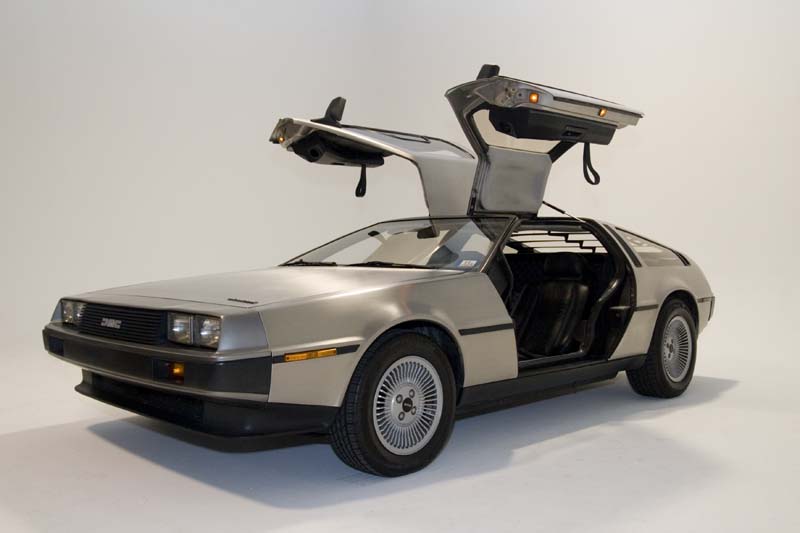 That’s right, the car that had its place in history cemented as a time machine was announced last summer as gearing up once again – but this time to be made in Texas rather than Northern Ireland. That iconic brushed stainless steel bodywork is going to appear off the assembly, gleaming and pristine but it still remains one of the only examples of a mass-produced car to be finished in stainless steel.

This leads to the question – given the anti-rust and corrosion resistant properties of stainless steel, why haven’t more car manufacturers made use of it?

Many cars in temperate and humid climates struggle with rust, which obviously stainless steel is more equipped to deal with than other types of steel. Dependent on what type of steel is used in the bodywork, panels could be made thinner when fabricated from stainless, meaning you save weight and increase the efficiency of the car. Not having to paint the body all over could also save up to as much as 5kg!

There are also a number of other parts of the car where stainless steel could be very valuable; the exhaust is certainly one. There are a number of companies that offer after-market stainless steel exhaust fittings, typically for classic cars, due to the heightened corrosion resistance. This means the car’s exhaust will last longer and wear much better against the action of exhaust gases, holes, corrosion and even accumulation of salt when driven on treated winter roads. Many look at a stainless steel exhaust as an investment to protect the value of the car, but could manufacturers install them from new?

In truth, any number of car parts could be better finished in stainless steel, from the manifold, heat shields and various mechanical components, right down to the wheels. There are widely available replacement car components that are listed as ‘upgrade’ because they’re fabricated from stainless steel.

Car manufacturers are likely to list cost a barrier to using more stainless steel in our vehicles but recyclability could become a much bigger factor in future. As we progress forward, we seek more sustainable options, using more old material and inputting fewer natural resources and we need to consider the end-of-life cycle for cars. Stainless steel is 100% recyclable, which means that not only could parts of the car have a much longer life but make them easier to dispose of when they finally expire.

It’s not often that we find something from the past as an inspiration for the future, but in the case of the DeLorean DMC-12, the use of materials could well spark something very interesting for the humble sports hatchback!