Everybody loves a ‘wonder of technology’ and the current hot trend is clearly Virtual Reality; the ability to create an entire, three-dimensional world that exists only in a headset. This week, however, saw excitement over a technological advancement that is much humbler and less ambitious.

The Chinese government have recently been celebrating the fact that they’re closer than ever to producing… a ballpoint pen. Now before you get too confused and ask “Haven’t we already invented those?” it’s actually a fascinating situation. Although China has become unrecognisable from the nation it was just a few short decades ago and they now produce a huge range of products that look remarkably like many things produced in the West – with copies of products of everything from the iPhone to the BMW-designed Mini – they’ve never been able to produce a completely Chinese ball pen.

While most of us accept the humble biro as a truly unremarkable, every day product that costs literally pennies, it’s actually a marvel of precision engineering with a rich history. Starting from the point of fountain pens, which were messy, unreliable and inevitably ended up smudged, the first ball-pen patent was filed in 1888. The designs, although a step in the right direction, were never commercially viable until László Bíró realised that his newspaper’s ink dried quickly and did not smudge. He combined the idea of using an incredibly tiny ball bearing trapped inside a very thin tube as a 360-degree roller to ‘paint’ a viscous ink onto paper and lo! the biro was born. 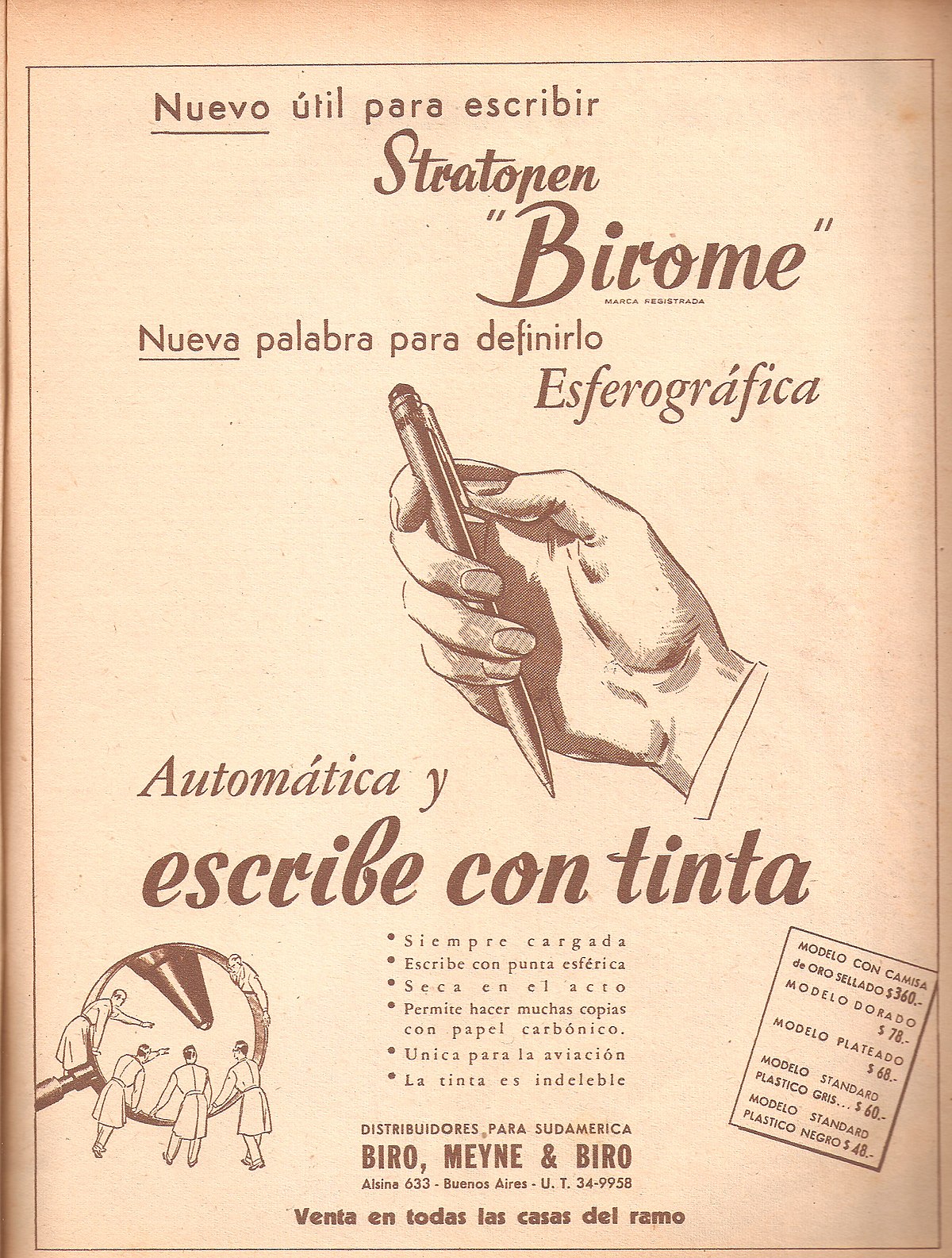 The precise nature of the ballpoint pen is the secret of its success. The ability to mould and shape metal – traditionally brass – into the tiny forms that make up the ball point means that it forms a very tight line of ink, which is the exact reason it is so hard to produce. China’s own internal efforts haven’t had the engineering history and knowledge that allowed them to do so and they’ve historically relied on importing either components or entire pens from abroad.

China actually have a lot to catch up on, however. Bíró sold a licence to produce his pens to an American firm, and the first commercially successful version appeared in Gimbel’s department store in New York in 1945 at an eye-watering price, the equivalent of $160 in today’s money. As the years rolled on, the reliability of the new pens increased, the inks were refined and the materials became more sophisticated, with tungsten carbide bearings being put to use.

During the space era of the 1960s, one company created the “Fisher Space Pen”, which didn’t rely on gravity to produce a flow of ink, instead relying on a pressurised canister that evenly put out ink on demand, allowing it to write upside down and even on glass, which prevents ordinary pens from getting traction. The amount of innovation that has taken a remarkable principle and perfected it to the point where it has become mundane and everyday is actually astounding!

China may have struggled with the minute and precise nature of producing a ballpoint pen, but considering the amount of development and the history of such a small item that we take for granted, it suddenly becomes apparent and understandable why the ability to create a reliable and elegant product is one that is so exciting.