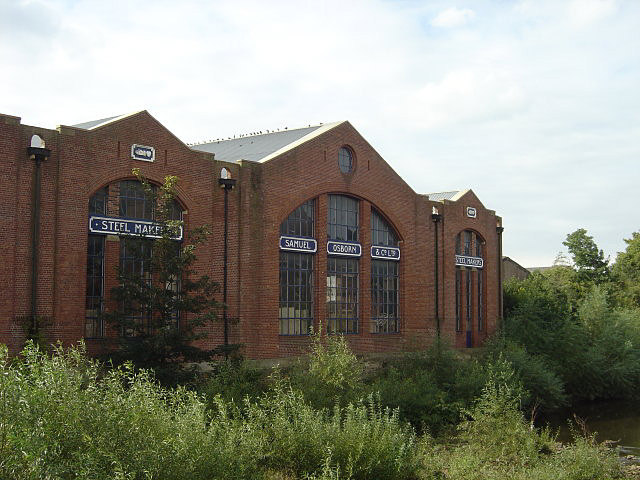 There are cycles of innovation that occur every few years in steel; everything from the Bessemer process or the refinement of stainless steel, all the way to ‘chemical recipe’ and specialisation, steel continues to advance. It’s a curious truth, however, that sometimes the innovation doesn’t actually have anything to do with the material itself.

Samuel Osborn was a genuine pioneer in the steel industry. Born in 1826 to the partner in a steel firm making pocket knives and razors, he curiously served his apprenticeship with a local company of drapers. Once his apprenticeship was served, he spent time as a travelling salesmen, moving back to the local speciality of steel production, selling wares for a local toolmaker.

His business connections stood him in great stead, so when he took over his own steel business at the relatively tender age of 25, success wasn’t hard to come by. Originally making files, the business quickly joined the Cutlers Company meaning a successful and robust firm with a strong sales and distribution chain.

A lot of Osborn’s success came right in the middle of the Industrial Revolution, which, thanks to a number of satirical cartoons, is thought of as being a time when factory owners with huge cigars and even bigger waistlines were happy to have large factories and foundries belching out smoke and making them lots of money. Osborn, however, didn’t fit this stereotype; he was very interested in the health of his workers.

Knowing that things can always be made better, he devoted efforts into two of the chief diseases that troubled the general workforce; Grinder’s Asthma and Lead Poisoning. Within a few years, he discovered a new material to replace the lead that files were placed upon when being hand cut, thereby reducing the harmful exposure to toxicity.

Such was Osborn’s concern for his workers, even when the craftsmen protested that the resulting tools would be inferior and it would cost jobs, he persevered until both worries were proven to be unfounded. While it would be fair to say that Samuel Osborn deserves recognition and honour for taking a humanitarian interest, it’s actually his tenacious spirit that drove him to improve worker conditions that is the most impressive thing. Many business owners would be happy to continue as long as is profitable, but Samuel wanted improvement.

Osborn spent a considerable amount of money acquiring exclusive rights to a ‘Self Hardening Steel’ made in Cheltenham, recognising its value. Unfortunately, the business landscape changed in the mid 1870’s and despite being elected as Master Cutler, Samuel Osborn was forced to file for liquidation. Refusing to give up, he used his exclusive rights to his Self-Hardening Steel and fell back on his salesmanship, opening up new sales with U.S. markets and within a decade had paid off all his creditors and once again a hugely successful business.

Even at this point, at nearly 60 years old, Samuel Osborn wasn’t quite ready to take it easy, going on to serve as a Member of Parliament and subsequently the Mayor of Sheffield. We remember fondly the example of a driven, spirited pioneer of the steel trade and proud son of Yorkshire, Mr Samuel Osborn.