Generally speaking, we at West Yorkshire Steel are not fans of rust; while it can, in some cases, be quite attractive in Corten Steel or the ‘antique’ look that’s popular among VolksWagen van owners, rust itself is usually a sign of a metal in distress. Keeping iron based metals in humid or damp conditions and not limiting the damage is usually nothing more than a recipe for allowing a chemical reaction that will eventually eat away the metal to nothing.

It was on a recent trip to the SS Great Britain, currently housed in Bristol, that this idea was brought vividly to life. The SS Great Britain was designed by Isambard Kingdom Brunel and is notable on two counts – firstly as the only ship at the time to sail with a propeller instead of paddles, and more importantly, it was the first ship to have a light, iron hull over a traditional timber frame. 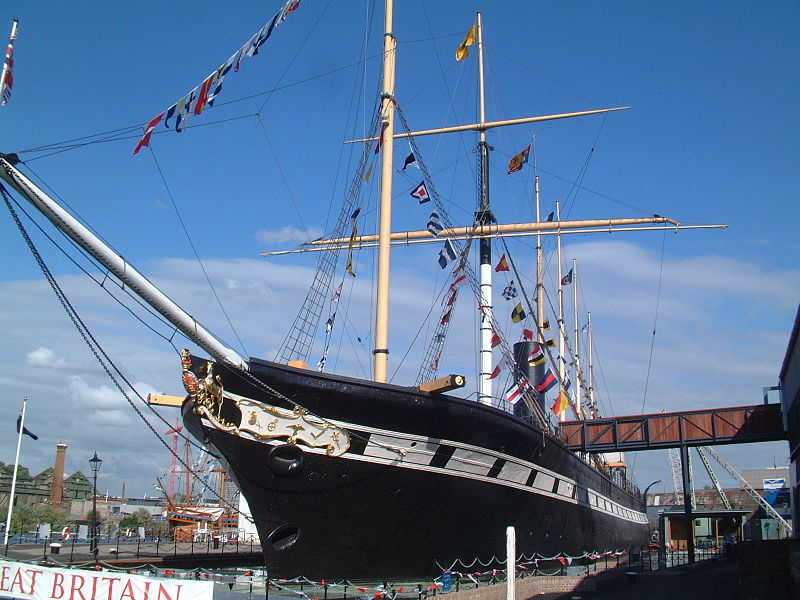 The ship was originally a passenger ship, carrying people to America and Australia. She has many iterations in her life, but was eventually thought of as too expensive to maintain and in 1881 was sent to the Falkland Islands, where she was used as a floating warehouse and quarantine ship. In 1937, she was scuttled to make way and lay on the sea bed until 1970, when she was brought back to the UK.

Sadly, the SS Great Britain will never sail again, as the hull is peppered with corrosion and she nearly broke in two whilst being rescued. She’s currently kept in the original dry dock in which she was built, with the lower sections sealed under glass and kept in a filtered air environment to prevent the rust getting worse.

What’s most interesting about the fight to preserve this historic steamship is that it’s a fight on many fronts. We’ve previously spoken about rust being a chemical reaction where energy is transferred between atoms and we end up with the production of iron oxide – which is common rust. The interesting thing about the SS Great Britain is that she’s stored near the sea and is also fighting against other types of product that are formed by corrosion, such as akaganeite, magnetite or iron chloride.

Salts and general chlorides are an issue for metals, as they’re hygroscopic, meaning they strongly attract water, even pulling moisture from the surrounding air, holding it in contact with the metal and providing a basis for the electrolytic action needed to catalyse corrosion. With the amount of salt the hull was exposed to in its sailing lifetime, along with being scuttled, towed back and now stored next to the sea, the filtered air in the sealed environment is kept at a moisture level of a maximum 20% to prevent the stubborn salt particles from having access to moisture.

Although there’s a place for a little discolouration that helps to show the age of a piece, in the case of the SS Great Britain, we don’t think that rust has any place! Hopefully, with the right environment and care from the team, she’ll be around for a lot longer to be celebrated and enjoyed.