We’ve spoken a number of times on this blog about people who have made huge contributions to the world of steel and one name that seems to pop up rather frequently is that of Harry Brearley. Known as the inventor or discoverer of stainless steel, he uncovered one of the biggest leaps in the history of steel, despite it not being thought of as particularly useful at the time.

Brearley’s ‘rustless’ steel as he called it, was actually an 18/8 martensitic steel and it was only when advanced in medical technology and hygiene showed that sterilisation of medical implements reduced infection and contamination that people started to take notice. Stainless could withstand the tough cleaning schedules that were required and hygienic implements allowed any number of leaps in surgical and medical procedures.

The way that most of us now know stainless steel, however, is in our eating implements. Cutlery was one of the first intended uses of Brearley’s steel, but the first reaction was that as cutlery was washed and dried after every use, it wasn’t worth the effort. The unintended benefit, however, was that the metal was so unreactive, it didn’t affect the taste of the food, which had been a quest for master cutlers for many years. 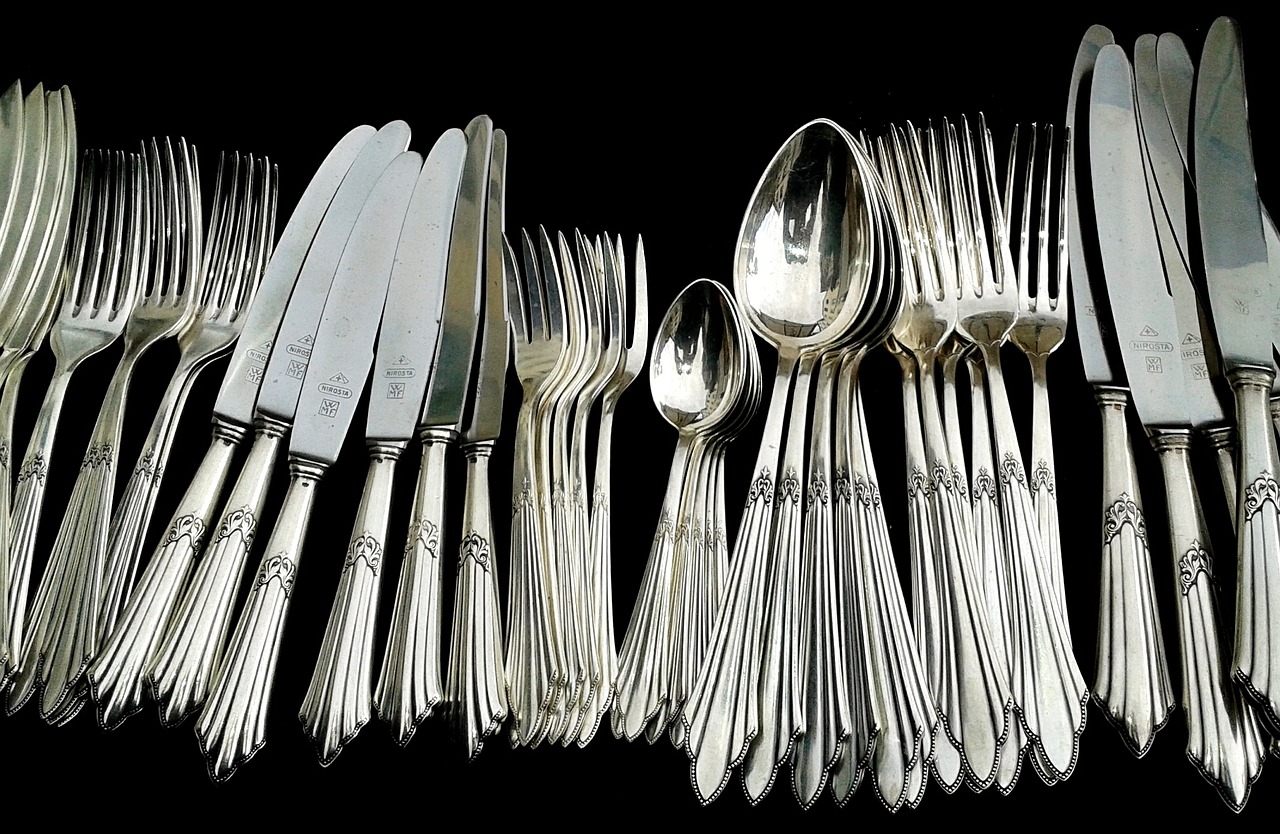 It was discovered long ago that certain metals that were plentiful, such as copper and iron, made food taste unpleasant or metallic. Put simply, this is down to the chemical make-up of the cutlery, which react to certain stimuli, such as heat or moisture. Essentially, when some metal implements were put near food, they’d undergo a chemical reaction and this reaction would taint the food.

Kings and Queens discovered – entirely likely due to a show of opulence – discovered that gold utensils didn’t have this problem. Gold is one of the most inert metals on the periodic table with a ‘high electrode potential’, which means it doesn’t particularly react with much. The cost of gold has always been astronomical, but as silver is cheaper and chemically similar to gold, it was used for cutlery either as solid pieces or with a plating technique to further reduce the cost.

What stainless steel did was allow the masses to have a safe, hygienic set of cutlery that didn’t leave chemical traces in the mouth and importantly, was cheap. As we’ve learned more and more about hygiene, pathogens and the right way to prepare and store food, these improvements in knowledge have gone hand in hand with medical advancements and rising standard of living to create something that even Harry Brearley could never have predicted. While he may have intended stainless steel to be used as cutlery, he may never have thought about the actual success and impact it would have.