It’s a very peculiar feature of our language that we often take a single brand name or trademark and apply it to every similar product. Coke is accepted to mean almost any cola, a fabric hook-and-loop fastener is usually identified as Velcro and very few people would correct the use of Tannoy when referring to a Public Address System. The goal for many brands, however, is to become so engrained that your name becomes a verb. Recently, the biggest example is ‘to Google’ a query, but in honesty, Americans have been Xeroxing for decades and Brits have done a touch of Hoovering for even longer.

One such name that may not be particularly well known outside the suppliers of steel is that of Thomas Lumsden. Lumsden ground plate steel is a process that carries its inventor’s name and is used when the surface of the steel must be ground to much tighter tolerances than can be achieved with hot rolled or sawn plate finishes. Lumsden ground steel can see a tolerance of +/-0.25mm, but depending on the size of the plate, it can be as little as +/-0.10mm. Given the tight tolerances, this process also produces a much more uniform finish without the usual visible cut marks. 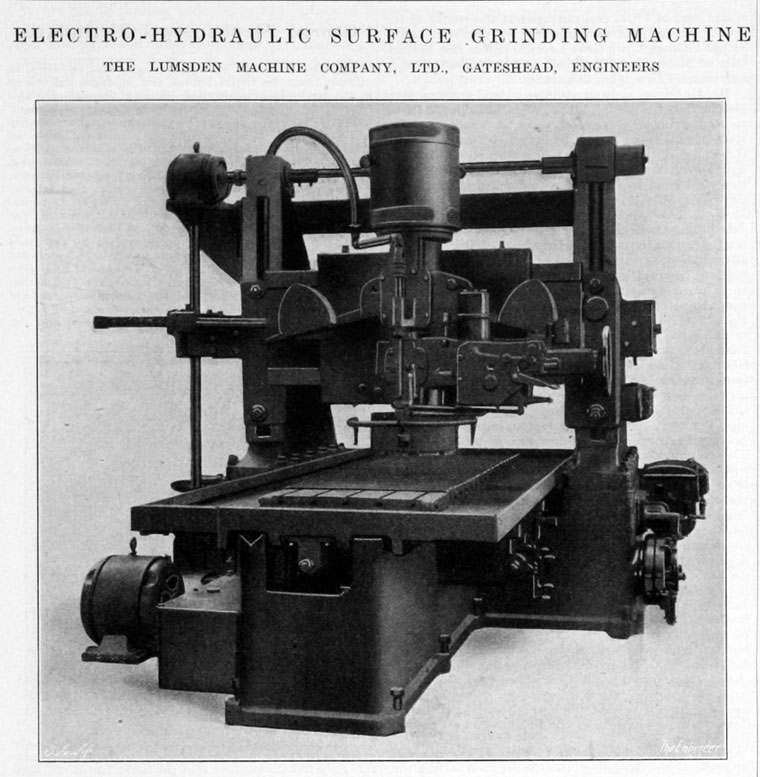 What did Thomas Lumsden do to have a grinding procress carry his name? As you’d expect he invented the method, but it was at the end of a much longer career. Born in 1868, Lumsden didn’t actually have a normal apprenticeship as was the norm for boys at the time, but instead helped his father and learned to drive traction engines. After a number of years, he started work as a millwright and over the next 8 years, working his way from hydraulic cranes to forging presses, into the machine shop and eventually a leading hand working on cutting tools.

In his mid-20’s he struck out on his own to make wood-working tools and grinding machines, eventually incorporating under his own name as the Lumsden Machine Co., Ltd. Experience gave Thomas Lumsden a great amount of insight into the troubles and problems facing grinding equipment and by the end of his career he’d created over 40 patents for various types of equipment and machinery.

When Lumsden died in 1924, his short obituary made mention of his life and career, but the important excerpt was in regards to “the oscillating tool grinder… his name will always be associated with”.

While we all want to be appreciated for our work and our place in the world, the fact that we’re still referring to a process that bears his name nearly a century after his death proves the value of his input into the industry; while his name may not be as famous as Mr Hoover or even Mr Bessemer, he is certainly often remembered by the machines that bear his name.