We’ve already covered some of our favourite steel grades in previous blogs; steels that are exceptional, advanced or perfect for a particular job but there’s one ‘steel’ we’ve yet to mention despite the fact it could be the most famous.

Valyrian steel has some literally magical properties – it can be worked to an extremely sharp blade and is not only tremendously strong but remains sharp and corrosion resistant so it requires no maintenance.

This sounds too good to be true, which of course, it is. Valyrian steel is from George R. R. Martin’s Game of Thrones, making it completely fictional. As well as being very strong and incredibly sharp, it’s also very light and heat resistant. Because it’s forged with dragon fire, ordinary heat just won’t cut it, but as a side effect of this, it’s very attractive with a distinctive rippled pattern and remains incredibly light.

The ancient skills in forging Valyrian steel, however, have been lost. The Valerian Freehold, an empire that covered half the world was destroyed in the Doom of Valyria, and with them the knowledge of their master blacksmiths. Valyrian steel weapons remain highly prized as heirlooms and only one in 100 maester’s wear this rare steel link, to signal they have studied the higher mysteries. 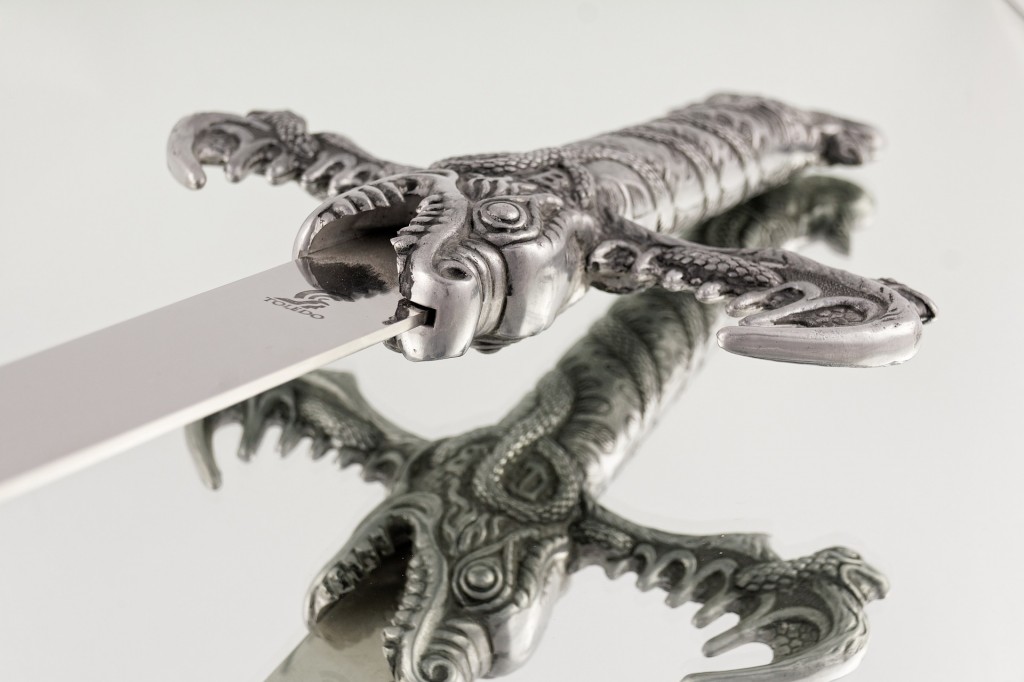 This is all fascinating from a metallurgy point of view but as in so many cases, it’s simply not possible. Putting all of the properties of this mighty metal together in one single steel grade can’t actually be done, as it draws together too many different and disparate properties, which form under different conditions.

Inevitably, there has been a story in the news about a scientist exploring the possibility of creating a Valyrian steel, as it makes science interesting and accessible, which is something we can only support!

After investigating existing steel grades for similar properties, the American Chemical Society researchers posted the results. Spring steel was the first contender, as the composition of silicon and manganese allows a very sharp edge, but it can’t cope with high temperatures. Air-hardened steel was also a possibility, as it cools in the open air to prevent the loss of its properties in higher temperatures, but it’s very heavy and doesn’t have the patternation as shown in the weapons in Game of Thrones.

The look may not actually be possible to achieve at all, as the near-black colour of Valyrian steel is much darker than the natural grey lustre of our favourite product as we know it. The rippling effect would usually be indicative of either welding or insufficient folding – an attempt to make a good steel out of two more inferior ones.

The findings of the American Chemical Society lead to where we suspected – Valyrian steel may not even be possible and most likely isn’t a steel at all. One possible bright hope is that they suggest a ‘metal matrix composite’, such as a titanium silicon carbide, even suggesting that if the matrix wasn’t uniform, you could see the rippling as shown on Valyrian Steel weapons.

For those who are a little disappointed that Valyrian steel isn’t really a metalwork project, but instead a ‘metal matrix composite’, just remember that steel in itself is a precise combination of iron, carbon, manganese, nickel, chromium and any other number of elements. Although it may be beyond the average blacksmith, there’s a chance that one day we’ll find a way to replicate the great Valyrian Freehold.