There’s an old gag about New York; one day a tourist stops a local in the street and asks “Excuse me, how do I get to Carnegie Hall?” and the quick-fire response is “With a lot of practice!” While Carnegie Hall might be world famous as a home of classical music, you may not know the man who lent his name to this building.

Andrew Carnegie was born in Dunfermline in 1835. At the time, British steel was seeing massive expansion thanks to demand from US pioneers; cutlery, hunting knives and construction tools were making big money for UK manufacturers. The Carnegie family were not tied with this boom and the family’s hand loom business fell on hard times, leaving them to emigrate to Pennsylvania when Andrew was 12. 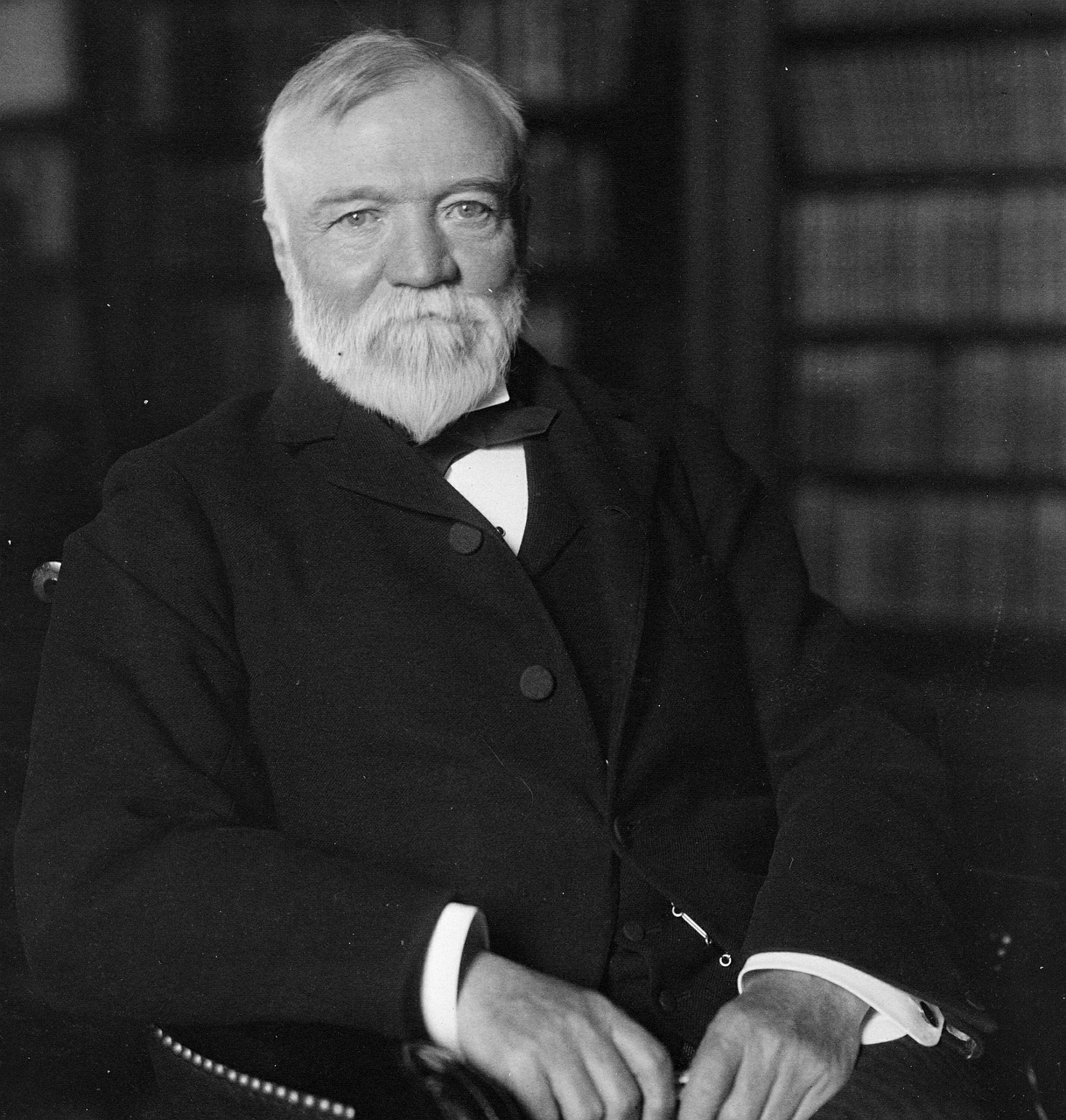 Both Andrew and his father immediately began work in the cotton industry, with Andrew moving very quickly from Bobbin Boy to steam-engine operator and onto a railroad Telegraph Operator very quickly. He made a name for himself as hard working and studious, becoming a voracious reader, borrowing heavily from his employer’s library – promising that if he made his fortune, he would offer the same opportunities to other poor boys.

He began work at the Pennsylvania Railroad Company under Thomas Scott, who guided Carnegie in his first financial investments. His capital grew slowly, mainly centred around railroad-linked businesses, such as iron, bridges and sleeper carriages, which turned out to be a big success.

Carnegie used his money to start his first steel works in 1872, producing cheap steel to support industrial developments and it was wildly profitable. He convinced other steel mill owning friends to merge with him, forming the Carnegie Steel Company in 1892 and built the Carnegie Building skyscraper to immediately show off the construction capabilities of steel. It worked, as less than a decade later, J.P. Morgan bought the Carnegie Steel Company to create the U.S. Steel Corporation, making Carnegie one of the richest men in the world.

Despite this fact, Andrew Carnegie vowed to never take an income of more than $50,000 a year, promising to use the excess for ‘benevolent purposes’ and spend his time in education and learning. Between 1901 and his death, he gave away $350million, which made up about 90% of his wealth. Between the United States, London and Scotland, he funded up to 3,000 public libraries, as well as the Carnegie Endowment for International Peace, Carnegie Institute for Science, Carnegie Trust, Carnegie Hero Fund, Carnegie Mellon University, Carnegie Hall, the Tuskegee Institute and the Hooker Telescope!

The area of New York surrounding his home on the Upper East Side became known as Carnegie Hill and his generosity made his famous in a whole new light separate from his industrial work. The number of buildings that carried his name continued to grow and the money he gave away ($76bn adjusted for inflation) supported an incredible array of projects. Upon his death, the final $30m of his finances was given to a series of charities and pensioner support.

While Andrew Carnegie is now more famous as the name emblazoned onto buildings rather than as an industrialist, he’s often cited as living proof of the American Dream; an immigrant who made his fortune through hard work and study. He may have been a pivotal figure in both the steel that made America and as a philanthropist, but what he achieved with his wealth has made his name last even longer than the steel he produced!