There’s no denying that we’re a little in awe of just how many different grades of steel can be put to different uses. Just as the dawn of the smartphone age saw everybody saying “There’s an app for that”, there are literally millions of different items, products and buildings where a steel grade fits the brief perfectly.

Everybody is probably guilty of thinking of steel in terms of big engineering projects; all the headlines go to the bridges, skyscrapers and deep sea drilling equipment. What people don’t really consider are the much smaller uses of steel, the items around the home of that you carry with you. For household appliances, it’s not uncommon for them to be 70% steel, so whether it’s your fridge, washing machine or even your toaster, steel plays an integral part.

What people usually forget is the role that steel plays in the digital world. We’ve spoken before about how satellites, transmitters and server stations wouldn’t exist without steel at their core, but a couple of recent announcements have made us sit up and think about steel and the smartphone age. 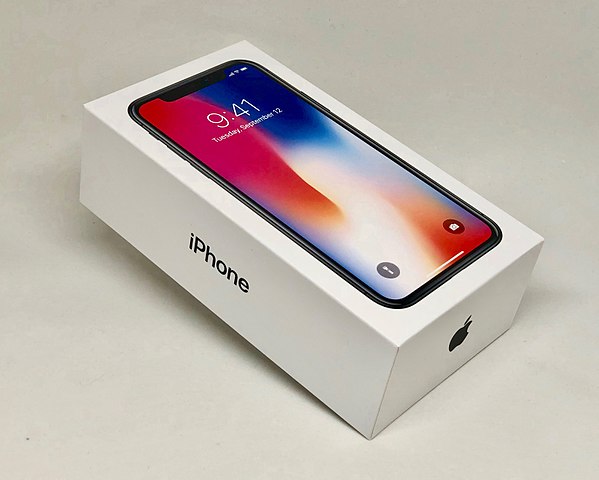 When Apple launched its latest top of the line smartphone, the iPhone X, which is pronounced “iPhone Ten” – and no, we’re not sure what happened to the iPhone 9 either – one thing struck us. The phone itself is an all-screen model, meaning that there’s no home or reset button on the front of the phone as there has been with every other previous generation. While this might just be a gimmick or new design feature, the larger glass surface needs protecting from bending or breaking, so it’s been reinforced with steel! That’s right, the material that people automatically link with the Industrial Revolution is sitting right in the middle of the latest digital tech!

It looks like Apple’s influence is also spreading, as Nokia have announced that following the success of their retrophone, they’re also releasing a high-spec, incredibly powerful smartphone with a body made from – you guessed it – stainless steel! The aim of the new phone is to provide a tough, rigid body that doesn’t bend, so people who put their phone in their back trouser pocket don’t have to worry about it becoming ever-so-slightly banana shaped.

We’ve always appreciated the fact that the world has steel running through every part of it, but these latest tech innovations show that even micro-electronics have a use for steel to make a better product. As one of the few materials that is 100% recyclable, the use of steel in smartphones could help to make technology more sustainable – as it stands, lots of phones are replaced or upgraded every 18 months and are either thrown away or put in a drawer. Lifting the green credentials with steel could well help to reduce the amount of energy and environmental cost that phones take up and it just proves that no matter what you want to make, steel can play its part.