There are traces of the long and vibrant history of steel visible across West Yorkshire; it’s clear the see both the heritage of the material and its modern scientific face. Although the area has always been linked with ironmaking, steel is a global product and has shaped landscapes, economies and possibly even culture across the world.

The start of steel in the USA
At one time it was America that claimed the steel crown, during a production peak around 1950 but what’s really interesting is that it was the British that started the entire industry. While America was still a British colony, making iron required vast amounts of charcoal – more than British forests could supply. Because in those days, war between European nations was almost a weekend hobby, Britain chose to look to the heavily wooded lands of America rather than risk importing from nations closer to home.

These early furnaces were small, exporting around 1/8th of what Britain produced at the time, but more and more American plants sprang up to meet the domestic demand and early infrastructure needs. The numbers grew rapidly and by the time of the War of Independence, both countries are estimated to have been making roughly the same amounts.

Steel shapes the country
The charcoal requirements meant that many early producers opened near woodlands and iron deposits, such as New York and Pennsylvania. As processes moved on, coke from coal replaced charcoal, as it meant that larger and larger furnaces could be built.

Using coke as a fuel and reducing agent wasn’t very efficient and actually required more coal than iron ore. To reduce the cost of transporting the coal, furnaces moved inland and closer to coal mines, creating large industrial areas. By the end of the 19th Century, coke was being used to make around 90% of US iron and steel.

Iron ore deposits were being shipped around the North East and Great Lakes, heading to coal rich states such as Pennsylvania, Ohio and Illinois, but significant reserves of coal and iron ore were also discovered around Alabama and North Carolina, meaning iron production stretched all along the US coast and replicating industrial areas.

Steel is often referred to as the backbone of a country, as it features in buildings, transport and even technological infrastructure 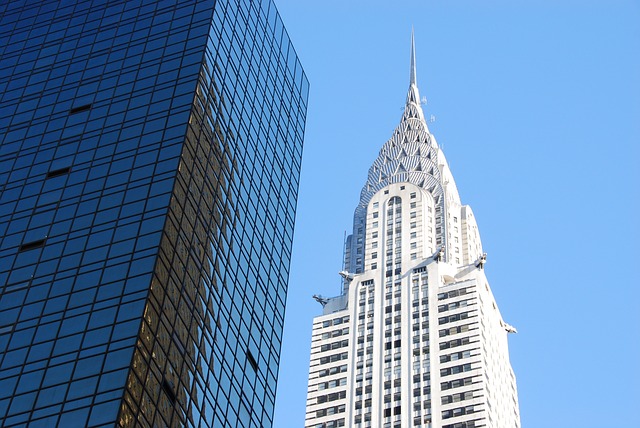 Early use of stainless steel

Post War boom and fall
The US peak in steel was around 1950, as other major steel countries were still affected by World War II. The post-war years saw a massive surge in demand for steel, so much so that even the USA couldn’t keep up with demand and by 1960, America was a major importer of foreign steel.

The American steel industry remained very busy until the recession of the 1970s, when economic crisis caused many plants to close and the industry shrank sharply. While the general economic climate played a part, the overall cause of the partial collapse of the US steel sector is still hotly debated today, more than 40 years later. Some blame the high cost of employing American workers, while others say it was poor management, tax arrangements and Government policy that played a major part in its fate.

Steel is often referred to as the backbone of a country, as it features in buildings, transport and even technological infrastructure. The USA is very proud of its steel history and in some senses, it’s seen as the essence of all American industry; even today, politicians try to win over voters in certain states by promising to reinvigorate US steel or by imposing tariffs on foreign imports.

The future of steel production in any country is reliant on a number of factors, including global building expansion and economic growth, but across parts of the USA, just like in West Yorkshire, the heritage of ironmaking has helped to shape the landscape and will always be a visible part of the country’s history.