Steel has underpinned much of the progress that we’ve enjoyed, whether it’s the frame of the modern city skyline or the infrastructure of the internet age. These days, it can feel like progress is going at breakneck speed; phones and computers are obsolete after only a few years and the drive for innovation means it’s difficult to imagine the lifespan of any product being more than a decade.

What people may be surprised to hear is that one of the UK’s most famous names in transport is still going after 45 years of service – the InterCity 125. While officially known as ‘High Speed Train’, InterCity 125 was introduced in 1976, after being designed and made in around 20 months – which is an rapid turnaround, even by today’s standards!

The intent was to create a diesel locomotive to bridge the gap between the former trains and a new, modern, electric rail network with at the time unheard of speeds and shorter times between major travel points. The electrification of the railways didn’t happen as intended, but the HST design was so reliable, it exceeded expectations and helped turn around the fortunes of British Rail, at the same time finding its way into the national mindset as a design icon.

Engineering at its best

The diesel locomotive HSTs were designed at the very front of rail technology at the time. Parts of Britain were still using steam locomotives only a decade previous and early attempts at diesel trains were dirty and noisy, so the InterCity 125 was heralded as a vast improvement. Thanks to the ability to travel at 125mph – hence InterCity 125 – it cut journey times significantly and the public embraced it almost immediately.

British Rail couldn’t afford full electrification, so while the trains were doing a good job they were left to keep Britain’s railways moving. They were backed up by some marketing campaigns that are almost as iconic as the engines; many commuters can still remember “This is the Age of the Train” and “Let the Train Take the Strain”. The reliability of the trains themselves helped to restore faith in the rail network as traveller numbers increased.

the InterCity 125 still holds the world record for the fastest diesel-powered train – during the winter of 1987, it reached 148mph whilst carrying passengers 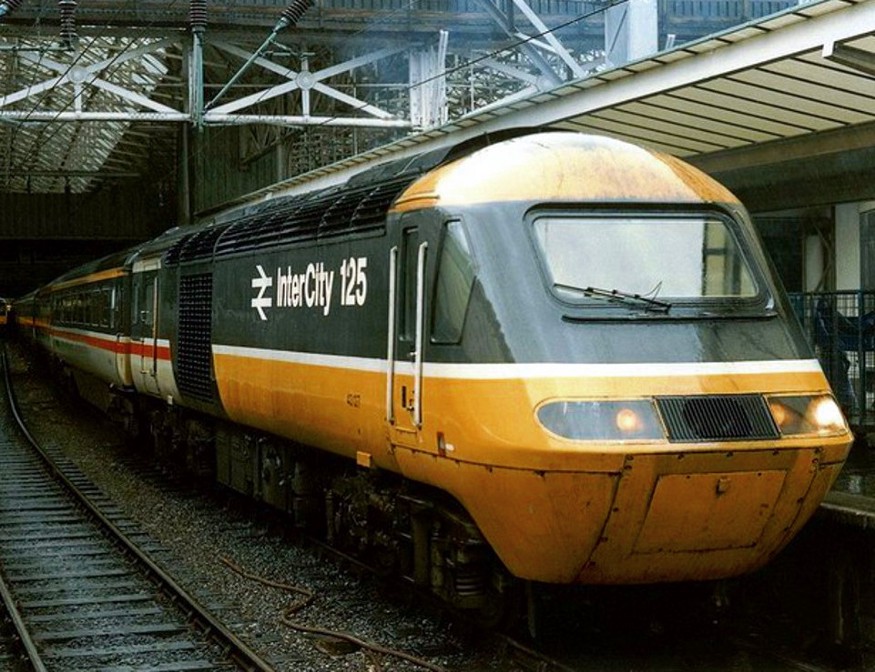 The transition into icon

The 45-year service lifespan of the InterCity 125 is far longer than anybody would’ve expected at the time. The trains themselves were actually all built between 1976 and 1982 and unlike other high speed train services such as the TGV in France or Japan’s Bullet Trains, the power car at the front is still the original built prior to 1982. There have been improvements and some upgrades along the way, but the diesel locomotive has remained remarkably faithful, considering the alterations and changes seen in other forms of transport.

Most impressively, the InterCity 125 still holds the world record for the fastest diesel-powered train – during the winter of 1987, it reached 148mph whilst carrying passengers. Over the last decade, however, train companies have moved to more modern trains and the trusty HST is now only in use over a handful of company’s routes, such as ScotRail and CrossCountry.

The InterCity 125’s enduring appeal is partly due to great engineering that met the needs of the public for reliable, cleaner transport and partly thanks to an instantly recognisable front engine designed by Sir Kenneth Grange. Neither of these things, however, quite explain why the humble HST, designed quickly and built for only a short period, managed to make the move from “functional transport item” to “beloved icon” – but it just goes to show that even stopgap engineering projects can take on a life of their own and become something very special to a lot of people.