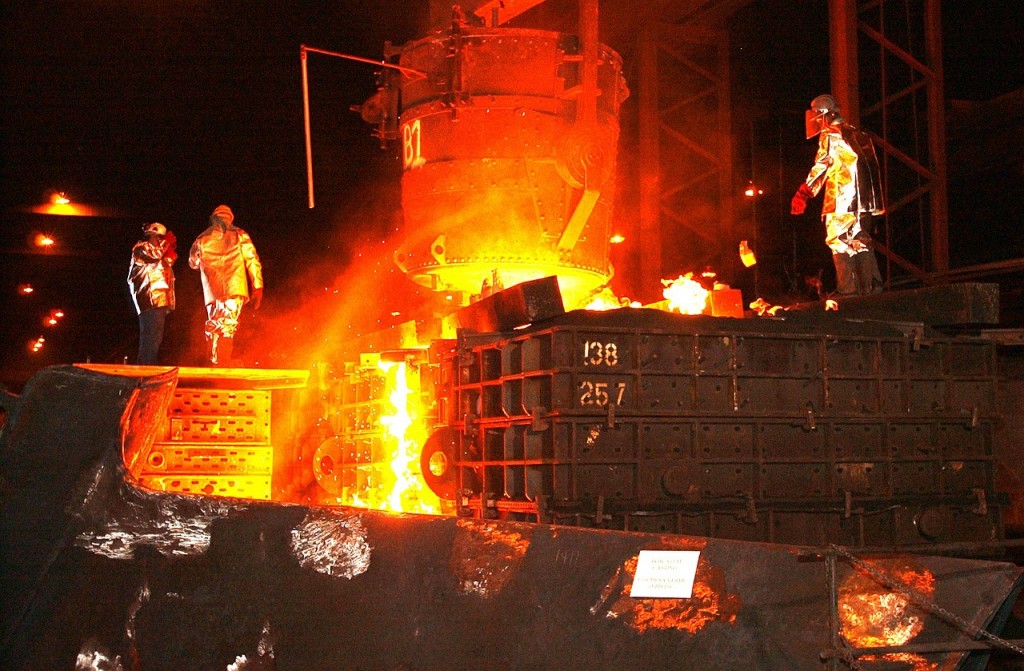 There have been an awful lot of digital and newspaper column inches given over to the events in the steel industry over the last few days; questions about the future of the steel industry in Britain, statements and counter statements from MPs and local representatives and interviews with those most directly affected.

How did we get here?

It’s an incredibly sad time for the entire steel industry in Britain, but it’s a situation that’s been looming for a number of years as a result of activity in what financial people call ‘emerging markets’. These economies have been growing rapidly for years, creating and investing in industrialisation projects, infrastructure and entire cities and one of the biggest drivers of this modernisation has been China.

Chinese government owned steel plants have been managing to keep up with the incredible demand for materials while this rapid updating has been taking place; the problem is that the Chinese economy peaked in 2013 and China is now over-producing steel relative to their decreased demand for it. The surplus, along with surplus steel from India, Ukraine and Russia, has been making its way unrestricted into Britain, meaning that supply is far more plentiful than demand.

British Steel – the corporation that used to handle the entire industry – was bought out by Corus many years ago, which was then absorbed into Tata Steel, which is the firm currently at the fore of the problem in Britain, as they have to decide on the financial viability of the plants.

Not a simple problem – or a simple solution

There appears to be an intricate set of problems facing UK steel; not only do we have a surplus of cheap, foreign steel, but the cost of producing British steel is increased due to higher wages and greater energy costs. Although efficiency improvements in production processes now mean that modern steel requires less labour per tonne to make, this in itself only contributes to the over-supply. European steel must also comply with green taxes and climate change legislation, meaning it’s more ethical, but relatively speaking, less competitive. At the same time, the dramatic fall in crude oil prices have resulted in lowered investment in finding new British oil and gas, creating a reduction in demand for steel for the oil and gas industry within the British Isles.

When West Yorkshire Steel began in the 1970’s, the industry employed around 200,000 people. A decade later, during the steel strikes when Ian McGregor took on the steel unions, it was about half that and today, steelworker numbers are estimated to be approximately 30,000, with 15,000 employed by Tata.

So where do we go from here?

What seems to be fairly clear is that the British steel industry cannot operate with a ‘business as usual’ mentality, something has to change. The Port Talbot site that has been the main focus of the media is said to be losing approximately £1 million every day, making it an unattractive prospect to be bought by another firm. There are other plants, closer to WYS, such as Scunthorpe, Rotherham and Stocksbridge in Sheffield that are also affected by the issues facing Tata.

One option is for the Government to step in and take over the plants, but as seen with other industries such as deep coal mining, there’s reluctance to do this. Essentially, it’s seen as re-nationalisation, which isn’t currently perceived as desirable.

Other options, as seen by the Yorkshire sites, could include talks with venture capital companies, discussing whether diversifying production could make them profitable. There’s also the option to provide specialist, high quality steels for the worldwide automotive, aeronautical, marine or oil industries, thereby weathering the uneven waters of easy supplies of cheap, generic steel from abroad.

As steel is a product that remains 100% recyclable, there’s also the potential to produce steel from melting scrap than smelting iron ore as is currently undertaken at the Port Talbot site.

Whatever may happen, it can be agreed that Britain has a long and proud history in steel making and the winding down or mothballing of production sites risks not only a great increase in job losses, but a loss of knowledge, skills and expertise that have made British steel some of the best materials produced in the world. It would be a huge shame to see these skills either lost, taken away from Britain or – even worse – should global demand rise again in the future, to find that we’re completely unequipped to deal with and supply our own projects and relying on other nations to provide materials.

West Yorkshire Steel would like to offer our thoughts and best wishes to anyone currently working in the steel industry who is affected by any of the potential closures and job losses.