There are many names throughout the history of metallurgy whose fame was earned through years of rigorous scientific experimentation or endless refinement of metalworking processes. Names like Brearley and Bessemer made their contributions to industry after years of hard work, but some discoveries are made through what can only be described as serendipity.

One such name is Thomas Boulsover, a Sheffield cutler born in 1705. Having completed his apprenticeship, he was employed as a cutler in the town when a customer brought him a knife in need of repair. The knife was good quality but it had a highly decorative handle, inlayed with copper and silver, which required heating as part of the fix. Boulsover made the mistake of heating the handle far more than he meant to and the silver hit its melting point.

While searching for a way to fix the handle, he noticed that the two metals had fused together extremely strongly; he carried on experimenting and found that the copper and silver were behaving as one single material, despite maintaining two visually very distinct layers.

The prospect intrigued Thomas, who went onto to carry out another bunch of experiments. He started by wrapping a solid bar of copper in a much thinner sheet of silver and heating it until the metals fused as they had with the knife handle. He worked the new material by hammering and rolling it, eventually realising that it could be moulded into shape without breaking the silver sheen and showing the cheaper material underneath. Suddenly, silver-plated items such as buttons could be produced at a fraction of the cost of pure silver items.

The process eventually came to be known as Sheffield Plate and Boulsover was one of the first making desirable decorative items such as buckles, spurs and small boxes using the Sheffield Plate method. His business was very successful and became a model copied by many other firms, spreading down to Birmingham and beyond. 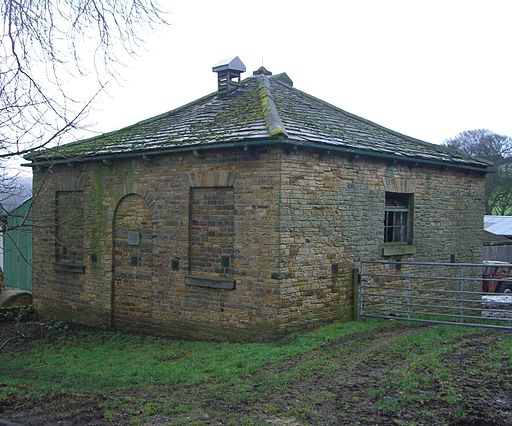 Methodist chapel at Meadow Farm built as a memorial to Boulsover by his daughters.

Boulsover’s business partner eventually left to start manufacturing snuff and Boulsover himself used the success of his Sheffield Plate businesses to get involved in other areas, becoming a prominent man in the town and assistant to the Master Cutler. In his later career, he attempted to make improvements to various steel processes, finding that cast steel gave a much better edge to saws than hammering, and focussed his efforts on making the finest saws possible, creating another successful business.

Although Thomas Boulsover’s initial discovery may have been a lucky accident, he was still a highly competent cutler and proved that he had the business acumen to carry on working and discovering better ways to work in metal – although you have to respect a professional that managed to take an accident and make it into an entirely new metallurgical process!