We all know that the history of steel is interwoven with the history of the modern world, but it really goes so much deeper than that. Steel has been around for a great number of years and is just the latest stage of a long history of metallurgy – so we decided to take all of the interesting little tit-bits about steel that make us smile and put them into a blog!

Firstly, steel could be a lot older than most people think. Although Yorkshire is often thought of as the beginnings of steel around Sheffield a few hundred years ago, the Roman Republic of around 500BC was very familiar with steel – referred to as ‘good iron’. Roman gladius or swords were generally made out of alloyed iron, which we now call steel. 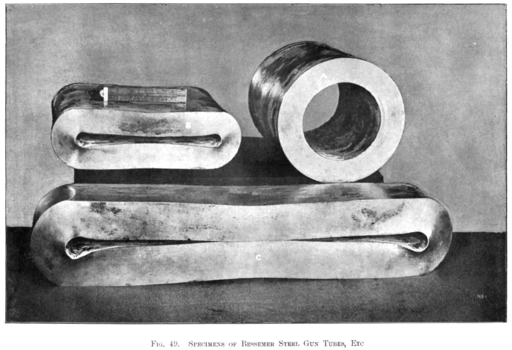 Bessemer invented the process that was named after him, allowing steel to be produced much more efficiently and in greater quantities. The steel produced was put to good use in infrastructure projects worldwide, namely in railway systems and supporting the American pioneers heading west during the 19th Century. While their options for these early steel types were limited, investigation and study of steel has come on leaps and bounds.

One of the main aims of steel producers and scientists today is to make steel more efficiently, with less wastage and by using less natural resources than we have previously. We already know that thanks to technological advancements, steel is one of the few 100% recyclable products in the world, with the ability to be reused time and again without suffering damage or loss of quality. Recycling also reduced the amount of energy needed to produce steel by around 70%, meaning that incorporating waste or unwanted steel could extend the lifecycle of steel and save huge amounts of energy! This is in addition to the efficiency savings by the steel industry, which has seen power requirements for steel production drop by around half since the mid 1980’s.

Many may also be surprised as to where steel comes from! China has been the world leader for a number of years, but lots of people wouldn’t expect that the world’s second largest steel producer to be Japan. Japan is often thought of as the neon, futuristic, digital world’s centre, but it still managed to beat the USA by producing nearly 30% more in 2016. If you combine the output of the EU in 2016, it would have come second to China. For those interested, the UK broke the top 20 by coming in 19th.

The World Steel association has listed the Top Steel Makers in 2016. Here you can see a list of companies with tonnage above 3 million.

While we think that steel is a perfectly fascinating substance, when you look at how far it’s come through history and understand its place in the world, you begin to really appreciate how versatile, robust and incredible a material it really is.