We know that lots of things undergo changes when they’re heated and metals are no exception. There are a number of common items that actually rely on this very fact, such as thermometers – the rate that mercury expands when heat is applied is so precise that it can be used to accurately show temperature.

When dealing with other types of metal, however, having heat applied as either a by-product of function or as a method of treating can give very different results! Heat can affect everything in metal from its size and structure, all the way to its electrical conductivity and how magnetic it is.

Did you know that hot metals don’t conduct electricity very well? It’s down to how electrons pass through the metal’s structure, the more energy the electrons absorb, the more they scatter as they go through the metal, meaning the metal is effectively more resistant. Some metals are ‘superconducters’ as when they get chilled near to absolute zero (-273°C!) they allow the electrons to pass right through without being affected by the structure.

We know that mercury expands with heat, but almost all metals are affected by thermal expansion to some degree. Not all materials will expand as predictably and reliably as mercury, most metals will absorb heat at different rates and expand dependent on the temperature of the metal already. Thermal expansion is one of the primary concerns when deciding on how which material and metal should be used for a particular application – it’s important to consider not only how metals will change when heat is applied, but also how they’ll be affected by seasonal changes such as harsh winters or humid heatwaves. 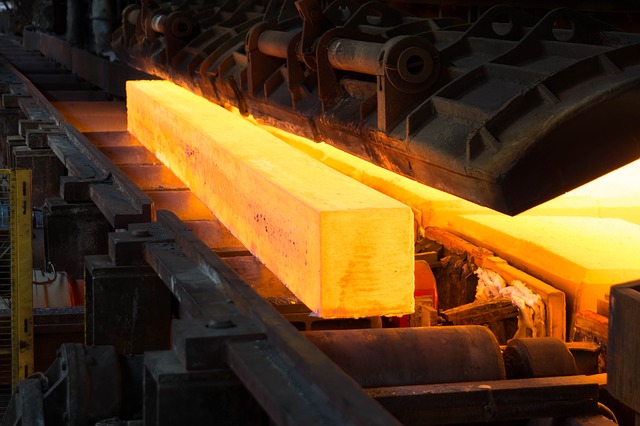 Although not all metals are magnetic, those that are have their magnetism affected by heat. Iron, cobalt and nickel all have magnetic properties, but if you apply a relatively significant amount of heat, they hit the “Curie Point” where the material loses all magnetism. This varies with each material, and the magnetism returns when the material is cooled.

The most important change to metal when heat is applied is to its structure. This kind of heat treatment is the very reason why iron can turn into steel, as when you heat iron and give its particles lots of energy, they break free of their structural bonds and realign themselves to make new bonds, which is known as allotropic phase transformation. Heating iron allows it to absorb more carbon, which is the reason why steel is so much harder than iron on its own; the addition of carbon into the structure changes the physical properties of the iron.

Although we often think of heat as a process of using a flame to increase the temperature of a material, when it comes to temperature in metals, the whole range from -273°C up to several thousand degrees must be considered. Each temperature point has a different effect on the metals you have, whether it’s increasing its electrical conductivity, making it larger due to thermal expansion or giving it a much harder structure, like steel. The good news is that these very principles are what make the world of metallurgy so fascinating and allow us to put metals to good use!