Sometimes, there are little known facts that can sound really impressive for a pub quiz or watching a repeat of Pointless; being able to say that the name of the dog that found the missing Jules Rimet World Cup trophy was ‘Pickles’ or being able to name Molybdenum as a chemical element ending in ‘M’ will always be met with a nod of respect.

The real question is, however, is such ‘useless’ knowledge ever really useless? For those with a passion for steel, molybdenum is a fascinating and incredibly useful metal. Known affectionately as “Moly” it’s actually an important metal in both the industrial works and general daily life.

Interestingly, Moly doesn’t occur naturally as a free metal on Earth, meaning that it’s only found in nature in a variety of different oxidised states that makes up minerals. It was only in 1778 that Carl Scheele identified Molybdenum as its own individual entity that occupied a space on the Periodic Table and it took a further three years for Peter Hjelm to actually isolate it without other contaminants. 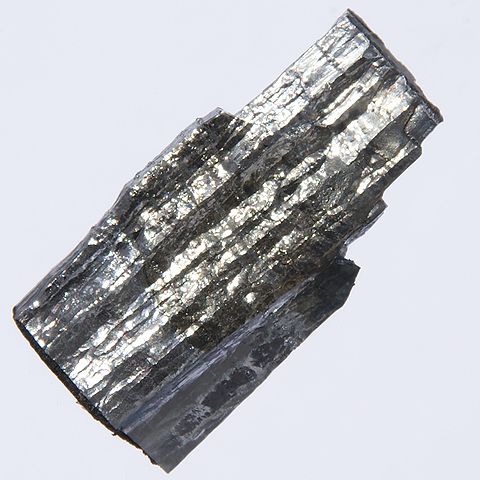 As an element, Moly is lustrous metal which has that classic silvery-grey colour that’s often described as ‘metallic’. Even the name Molybdenum comes from the Greek molybdos, which means lead, as early viewing of Moly ores were often confused with lead ones that were very similar in appearance.

In terms of its usefulness, Molybdenum is relatively tough, scoring between 5 and 6 on Mohs Hardness Scale, making it a useful component in certain alloys. It has a very high melting point when compared to other metals – Moly melts at 4730 degrees Fahrenheit, which is much greater than 2795 Fahrenheit of Iron.

Nowadays, Moly is used as a component in various steel grades, but the earliest known steel where molybdenum appears to have been purposefully employed was in a Japanese sword sometime around 1330A.D. There aren’t any writings or records of using Moly in steel work or sword making, so it appears that practice either wasn’t widespread or didn’t catch on and the skills were lost for several hundred years.

It wasn’t until the first World War that molybdenum was able to be extracted reliably from its ore and began to be used more widely. Although Moly is heavier than Iron, molybdenum steel was used as plating for tanks as the gunpowder used in shells and explosives burned hot enough to begin to melt and deform other types of steel. The Moly’s high melting point acted as a protector against the heat from the artillery.

Today, only a fifth of molybdenum extracted doesn’t go into alloying. Of all the Moly produced, around a third goes into structural steel and a quarter goes to stainless steel. Around 10% of molybdenum is used in high-speed tool steels, where good resistance to heat is very desirable.

Although being able to name molybdenum as a little-known metal may get you a few quiz points for having useless knowledge, under no circumstances should you think of Moly as useless in any other sense!