One of the biggest problems with steel, which has in fact driven much of the innovation in the field, is how best to protect it against oxidisation and corrosion. Water, oxygen and salt are not friends of most metals and in steel in particular, the reaction can be so pervasive, it can literally eat away the body of metal, leaving almost nothing behind.

There have been many attempts over the years to develop protective coats for various metals, which can include galvanizing, alloying or even covering in a thick, grease like substance to prevent oxygen or water getting to the surface. But what about allowing the metal to protect itself?

Corten weathering steel is one such metal, which was specifically developed in the USA as an alternative to paint finishes. Instead of using another material to protect the surface of the metal, Corten forms a protective crust, thanks to certain elements present in the steel. This is exactly what makes Corten so popular, as the decorative finish that it formed is a very attractive orange-brown colour, which most people will know thanks to The Angel of the North, as designed by Antony Gormley. 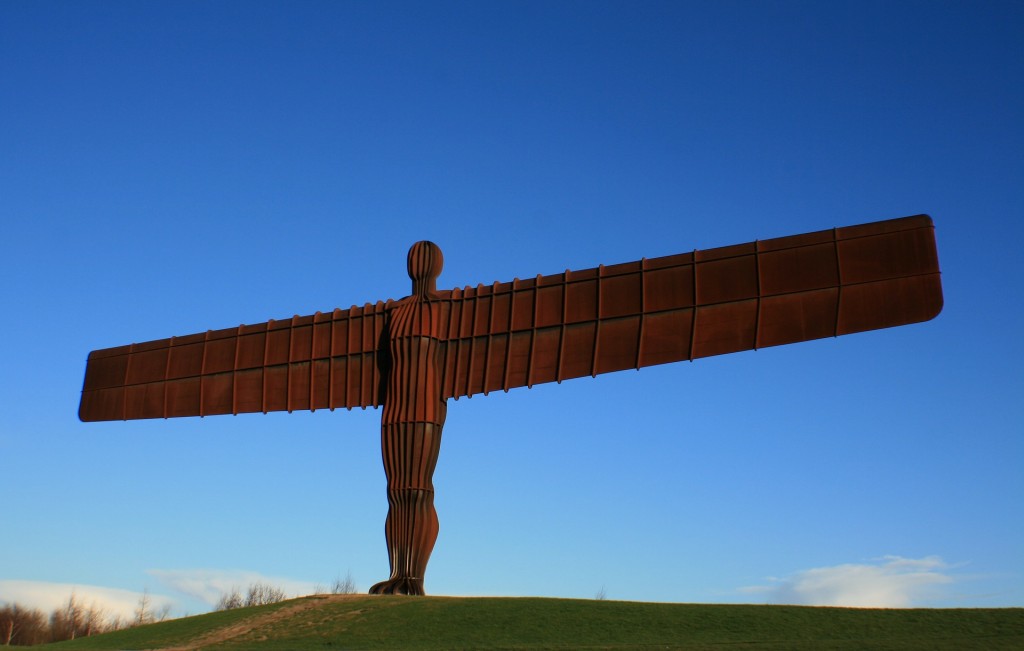 The most interesting part of the reaction is thanks to its chemical make-up, as small amounts of chromium, nickel and copper are distributed at different concentrations. The final appearance and colour of the steel varies, dependent on the levels of water and salt in the atmosphere, meaning that Corten steel cladding in coastal areas will appear as a more vivid and bright orange colour.

The protective surface layer develops and regenerates continuously thanks to the weather and atmospheric corrosion, meaning that it doesn’t require great amounts of after care. This explains why Corten steel remains a popular choice for external cladding, especially as it is easy to fix into place, as it can be bolted, welded or even simply riveted into place.

As with any material, some caution may be required dependent on the final usage of the steel. The vivid orange or deep brown of the finish isn’t colour-fast and can have the effect of staining other materials and affecting their finish. In high moisture areas, it’s also not a good idea to have large flat areas, as when water pools onto Corten steel, it will eventually corrode all the way through, meaning it’s not fully rust proof.

Although the variable and dynamic finish of Corten steel may feel slightly industrial, it’s a very popular choice for outdoor art pieces. Not only is the Angel of the North a very famous piece, but another North East resident has proved to be a very popular addition to Seaham. Officially titled 1101, after the time the World War One armistice took effect, locals have taken to the affectionately named ‘Tommy’, as 9’5” Corten steel soldier, sitting in full trenchcoat, helmet and with rifle.

Many people may not like the idea of a large, rust-coloured exterior to a statue or building, viewing rust as an undesirable side effect which tarnishes the look of the material. As has been shown many times, including the Angel of the North, such objections eventually disappear as the striking effect of the protective crust make it much more visually appealing.

One response to “Decorative steel… have you ‘Corten’ yet?”