Although we love what we do, sometimes it’s lovely to get away from a rainy British Summer with a quick run to the sun, where there’s nothing to do but laze on a beach with a good book.

While reading on such a beach recently, my attention was drawn from the bad guy in the book to a real life bad guy. He was skulking around some fishermen’s boats that had already been fishing and were back on beach before anyone else was out of bed. I suddenly realised I actually knew his name; Mr F.E. Oxide.

The boats themselves were wooden, covered in layers of bright coloured but flaky paint to protect the wood from the salt air, but the metal sections weren’t so lucky. They were bright orange and brown, which, as we all know, is what happens when any iron-based metal is exposed to the air. Iron reacts with oxygen to produce iron oxide, or rust, every engineer’s nightmare. 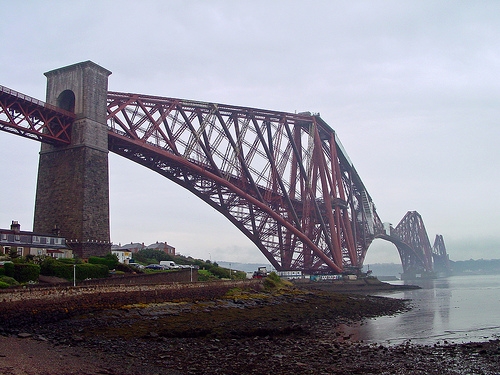 There’s no way to stop this permanently, eventually the rust will always win, but there are ways to inhibit it. The easiest is applying oil or grease to create an airtight barrier between the metal and the air. This is commonly done to steel bars in storage and is a cheap way of stopping air getting to the iron compounds. Another way is to paint with a red oxide, just like the Forth Road Bridge. A more complicated way is to coat the iron or steel in a thin layer of another metal, commonly zinc. The layer of zinc provides protection and the process is known as galvanising, popular on sheeted steel.

The more common way of eliminating oxidisation is by alloying. A long time hero of ours, Mr Harry Brearley invented what he called ‘rustless steel’ but is now known as ‘stainless steel’. We refer to the most basic of these steels as 304, but if this isn’t sufficient then 316 should be used. If strength and resistance to corrosion is required, then the 17-4 PH stainless steel is a popular choice with engineers.

Duplex stainless steels such as F51/31803 will offer you similar ductility to an austenitic stainless steel but with higher tensile strength and twice the yield strength, as well as improved resistance to pitting, crevice corrosion and cracking caused by wear. Super Duplex steels (F55/32760) offer even greater improvements on normal Duplex steels, but also corrosion resistance in a wider range of environments, including crevice corrosion in seawater and chloride containing spaces, making it ideal for chemical and marine environments.

The wonderful thing about steel is that it is ever improving and always moving, not unlike the sea that has so badly affected its predecessors used on the boats by this beach.

From the bad guy of the steel world, I’m going back to the bad guy in my book. I bet the butler did it… and what’s more, I bet his name’s Rusty.