We all know that we at West Yorkshire Steel are big fans of one of the most versatile, customisable materials on Earth and we can give you all the advice and guidance you need to make sure you get the exact steel you need. For lots of people, however, they’re not sure about what type of steel does what, exactly.

Ever since people started adjusting the ‘recipe’ for each steel grade, they’ve been making steels that are tailored for particular jobs; the truth is that it’s quite dependent on the chemical make-up and treatment of the steel for what job it does best. 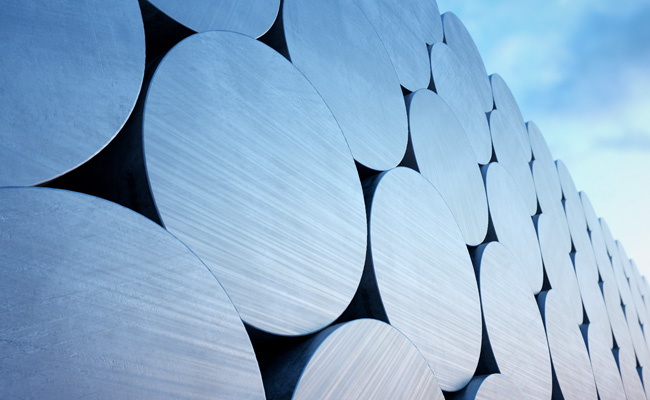 As we know, iron is the basis of all steel. Elemental iron that’s pure and has no other compounds is actually relatively soft and weak, it’s when you combine other elements to it that it goes to create a much stronger material. Carbon is probably the second most important constituent for most steels because it affects the hardness of the final product. The amount of carbon in steel also affects its strength when it’s heat treated and higher levels of carbon make the final steel unsuitable for welding. When steels have a variable carbon content, other alloying elements can be introduced which can aid a steel’s hardness and strength.

Some steels must put up with increased levels of friction because they’re used in cutting or drilling equipment; these kinds of tool steels are known as High-Speed Steels. High-speed steels usually make use of tungsten, as it helps the steel retain its hardness when the temperature rises, which is often the case with cutting blades. Cobalt is also used to similar effect but cobalt becomes radioactive when exposed to other forms of nuclear radiation, so its use is usually very controlled!

Chromium containing steels, tend to be very resistant to corrosion and oxidation, allowing them to withstand some challenging conditions. For chromium steels, higher levels of carbon can improve the steel’s ability to resist wear and abrasion, meaning that contact doesn’t risk them being ground away in the same way that other steels would succumb to, but the higher carbon levels can impact of its corrosive qualities.

The number of different steels available is as wide and varied for the job they’re needed for. The great news is, there are a huge number of elements that work in the steel alloying process to create the exact metal you need!