One of the immutable truths of the world is that there’s always the right tool for the job, but something that’s often overlooked is the tool itself. Not only does the tool need to be right, but the material from which it’s made needs to be right too. Many a joke about glass hammers and chocolate teapots spring to mind, but the fact is that fabricating implements from an improper material can make it much less useful than it could be.

While it’s evident that any utensil must be made from ‘The Right Stuff’, it’s genuinely surprising how many times that turns out to be stainless steel.

The first stainless steel was a martensitic steel, discovered around a century ago by Harry Brearley, Head of Research at the Brown-Firth Laboratory. Originally intended to prevent gun barrel wear, during microscopic observations of the sample, Brearley found that it wouldn’t etch. He referred to his product as a ‘rustless’ steel and quickly adapted it to be used as tableware. The idea wasn’t very popular at first, due to the high costs of working the material into cutlery, but after the benefits to the medical profession became apparent, it was quickly taken up due to its obvious hygienic properties.

As recently shown on BBC Two’s Dara O’Briain’s Science Club, stainless steel is extremely useful for food production and cutlery as it’s non-reactive. Using three spoons, one zinc, one stainless steel and one of pure gold, they tasted a small amount of cream from each spoon. It was clearly evident that the zinc spoon tainted the taste of the cream, but the gold and stainless steel spoons did not.  Due to the more volatile nature of the zinc, it reacted with the cream and gave it a metallic tang. Gold is very stable and doesn’t react, which is also true of stainless steel. The amazing thing is that man has managed to create something almost as inactive as gold, without the rarity, expense or weaknesses that gold has. 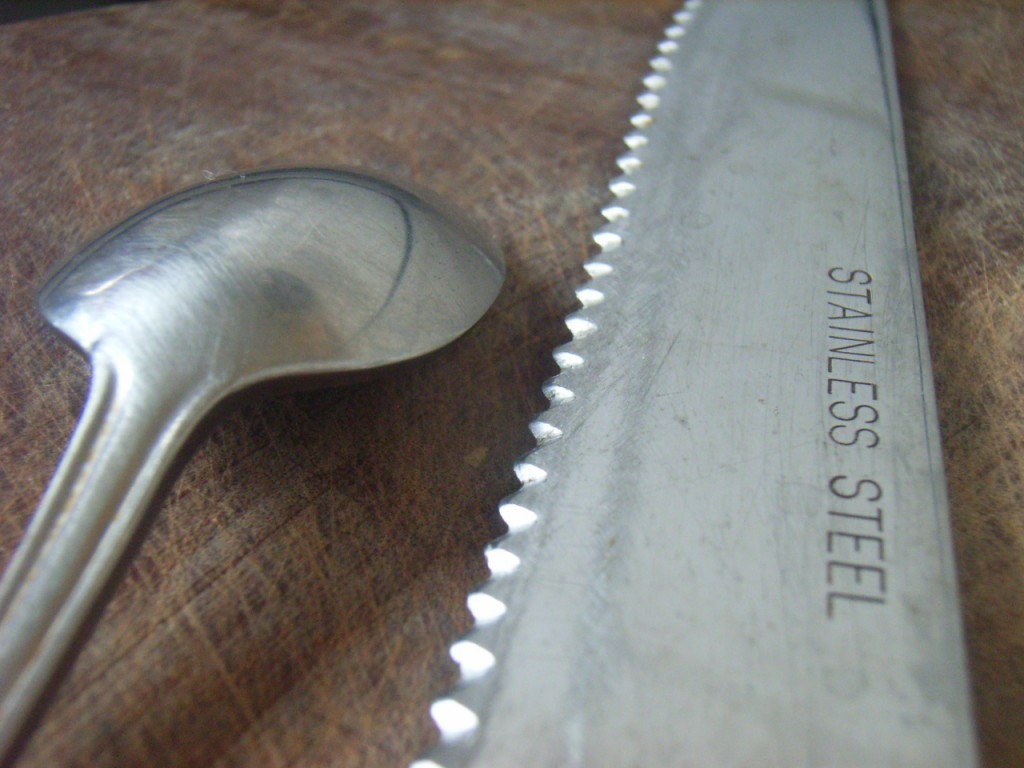 Without stainless steel, we wouldn’t have the capability of food production on the scale we currently do. Iron is the most common element on Earth and is much stronger than gold, which wouldn’t stand up to the punishment that stainless steel does. It’s this strength that allows stainless steels to be used for heavy duty drilling, such as that off the coast of Brazil being undertaken by Petrobas. The cutting tools being used must penetrate 2,000m of salt crust and 3,000, of rock to access the 50bn barrels of good oil.

Without stainless steel, the entire world would be much less than it currently is. Stainless steel is a lynchpin of heavy engineering, medicine, food production, food transportation and even architecture. The range of uses for stainless are astounding, as it’s just as at home in heavy industry as it is sitting in your cup of tea; it’s worth remembering the ‘right tool for the job’ may be much harder to make in the first place in a world without it.