Recently I was lucky enough to be invited to sail a 44′ yacht from Oban in Scotland to go and explore the Small Isles in the Inner Hebrides. On the second day the coast guard issued a severe gale warning for the area we were sailing into, our Captain, Adam, decided we would turn back and go and explore some safer inshore waters off the West Scottish coast. We went to Loch Sunnart. This is a stunning 17 kilometre long sea loch extending from the Sound of Mull into the Scottish mainland. At the end of the loch on the north side is a small village called Strontian.

Even during this peaceful few days a little part of metallurgy reared its head to us. Strontian is home today of about 200 people, but in the 18th Century was home to the discovery of a new, fascinating material. A silver-white metal, given atomic number 38, was found by Adair Crawford and William Cruickshank and was discovered to have great uses in transforming sugar beet into sugar. The mineral salts were used to make sugar from the molasses of the sugar beet, which contained more than 50% sugar itself. The method was known as the Strontian Process, and the mineral in which the new element was found was named after the town as strontianite. As they were on what appeared to be a bit of a roll with the naming process, the new material was called strontium. Strontium has similar properties to its neighbours, calcium and barium and before strontium was widely used in sugar processing, barium oxide was the usual mechanism of extraction. 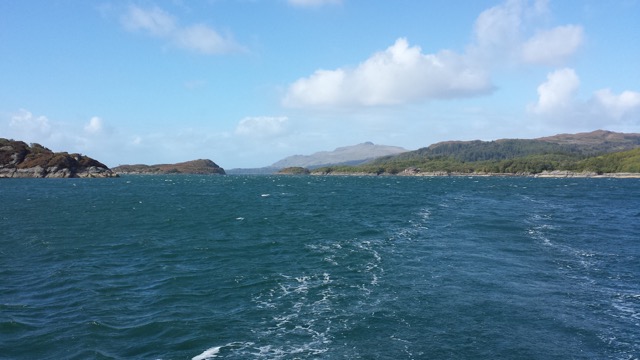 In the following years, strontium became more commonly used to make cathode ray tubes in televisions and is mixed with iron to create magnets. Given the numbers of televisions created since the boom of broadcasting, as a material it has been in high demand, but the now popular flat screen TV has given a dramatic reduction in the call for strontium and another widespread industrial usage has yet to emerge.

One appearance of strontium that we can’t control is as a trace in our own bodies due to the above ground testing of atomic weapons during the 1950’s and 60’s. It appears as a by-product of nuclear fallout as the unstable radioactive isotope Sr90 and has a half-life of 28.78 years; the area surrounding Chernobyl has large amounts of this isotope remaining following the nuclear accident. All this sounds a long way away from a compound used to extract sugar from beet, but it’s worth remembering that such a sweet process is still based on a fairly hostile element. Pure powdered strontium will spontaneously combust in air at room temperature to form strontium oxide (strontium nitride is also formed but only in higher temperature reactions – strontium doesn’t react with nitrogen below 380 degrees Celsius).

The massive journey and usage of one material, discovered by two Scottish scientists and named after a small village in the Scottish Highlands really has made the two feel world-famous. Although few people will realise that the element that appears on the periodic table in every classroom throughout the world is named after such a small place, here it feels like a little connection with the history of metal.

One response to “The Scottish Secret of Strontian”