There has always been a distinct sense of pride that emanates from Scotland in everything from food to scientific advancement. Scotland can lay claim to have invented huge numbers of things, such as pneumatic tyres, Macadamised roads, canal design, wave powered generators, the telephone, the television and the ATM and PIN bank withdrawal system; all from a population barely above 5 million.

One area where Scotland has beaten its local neighbours to the punch was announced recently; the plastic currency note. Clydesdale Bank has announced the first bank note to incorporate plastic will be available from 2016, one year before the Bank of England. These technologically advanced notes will be more durable and harder to counterfeit, meaning reduced costs from fake notes and defaced bills. 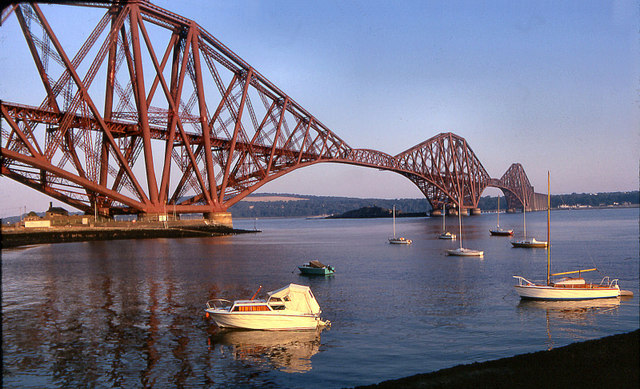 Arrol, born in Renfrewshire in 1939, is the epitome of the self-made man. He started his first job in a cotton mill aged 9, but trained as a blacksmith from 13. He attended night school to study mechanics and hydraulics, which allowed him a position with a bridge manufacturer in Glasgow. His career progression was solid and relentless, until he opened his own company in his early forties and quickly became a world leader.

Although Arrol and his company were greatly involved in the Forth Bridge, its rise to fame was much more troubled. When the old ferries were deemed unfit for Edinburgh’s needs, the original plan was to tunnel under the river. In 1818, a triple-span suspension bridge, made from 2,500 tonnes of iron was suggested, eventually being rejected as insufficient and unable to carry railway traffic. There were also problems with the silt bed of the river, as boreholes as deep as 70m failed to find bedrock. Planning progressed under new designs by Thomas Bouch, until the Tay Bridge disaster in 1879. Also designed by Bouch, the bridge collapsed in high winds, killing many and ending Bouch’s career as the cause of the disaster was later identified as poor material choices and bad design.

It was actually Arrol who provided the materials for the Tay Bridge and although the materials themselves were good, they weren’t up to the task of supporting such a bridge and it was later identified that they shouldn’t have been used. In 1881, Bouch’s plans were officially abandoned and by 1882 they’d been redrawn and worked formalised for Sir William Arrol & Co., using 55,000 tonnes of steel that was delivered to site by train.

Construction finished in 1890 and the bridge was a marvel of the day. It was the longest single cantilever bridge in the world until 1917 and remains second longest today at 9 miles across.

One possible reason that these bank notes have been opted for in 2016 is that this marks the 125th anniversary of the Forth Bridge, making it a fitting tribute not only to the occasion, but also marking a nomination for the structure to become a UNESCO World Heritage Site. In terms of a daily reminder of the great things achieved by Scotland using groundbreaking design, top quality materials and great ingenuity, being on another kind of breakthrough in bank notes is a pretty good tribute.