It’s a point that’s made very frequently, in no small part by West Yorkshire Steel, that the value of steel to modern life can’t be underestimated. It’s certainly true, but trying to get your head around this is not easy and trying to explain to people that our economy is built on metals is just too big and too abstract a concept for most to grasp.

Instead, if we look at the value of metals and the contribution that certain sections make to the economy, it’s much more easily stated and understood. Recycling has become a definite growth industry in the last few years and stands as an important part of the life cycle of manufacturing and metallurgy. Between Government green targets and the importance of green credentials to clients, it’s become a huge area and is unlikely to reduce anytime soon.

In terms of monetary value, metal recycling is worth £5.6 billion to the UK each year. This figure is around the amount that the Government recently announced as support for local authorities to rebuild and repair road infrastructure and represents a significant amount of expenditure. 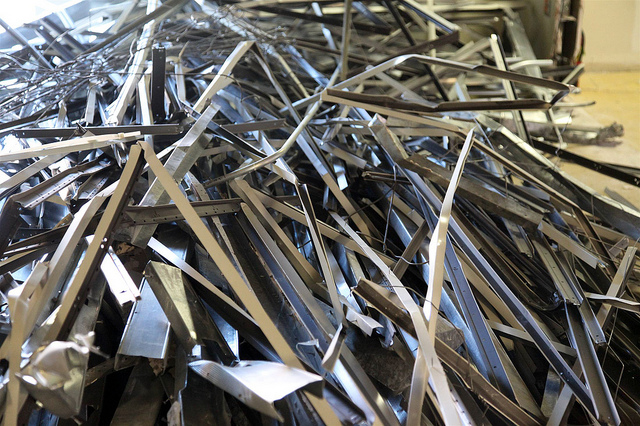 Over 8,000 people are employed in metal recycling, which doesn’t include those involved in the international trade of the final product, keeping Britain’s doors open and allowing money and trade to pass into the UK. This isn’t the largest employment sector of the UK, but jobs and employment figures in the UK have been very important over the last few years.

When considering the proud history that Britain has in metallurgy, it’s only natural that we try and take the lead when defining new areas and ways of working with metal. While the UK still has an important role in metallurgical research, once created and put to use, the materials need to be dealt with at the end of their natural life, whether this is structural steel or an aluminium drinks can. It’s important that we have the full scope of skills in the UK, so that we can have an end-to-end service for metal, lowering our use of natural resources and keeping valuable materials in use at a much lower environmental cost.

The value and importance of recycling as a concept has been embraced, but some have taken the high cash value of recyclable material as an opportunity for personal gain, regardless of the damage it may do. While some view metal theft as a historic crime; ending in the 1950’s when scallywags stopped stealing lead from church roofs, it recently became a public danger. The Chinese boom some years back required huge amounts of building material, making some metals scarce, forcing up prices. There were those who chose to take metal still in use, commonly from railway and tramlines, and trade it for cash. This is not only highly dangerous for the thief, but also for the passengers on the line.

In response, the Scrap Metal Dealers Act 2013 was introduced, introducing licences for scrap metal dealers and ensuring that British metals remain among the best and most desirable in the world.

While certain figures are used to prove how well Britain is doing on the world stage, the value of green sections can’t be understated, as it provides a net contribution to the UK economy. At a time when natural resources must be conserved, the value of taking what we already have and recycling it to give it a new life-after-life-after-life is not only important for economical but also ecological reasons.