Metallurgy and specifically ironwork has a wonderful and rich history going back thousands of years to early metalworkers, discoveries by Roman craftsmen in ‘good iron’ (now our favourite material, steel), to the more modern scientific methods of Harry Brearley in discovering ‘stainless steel’. 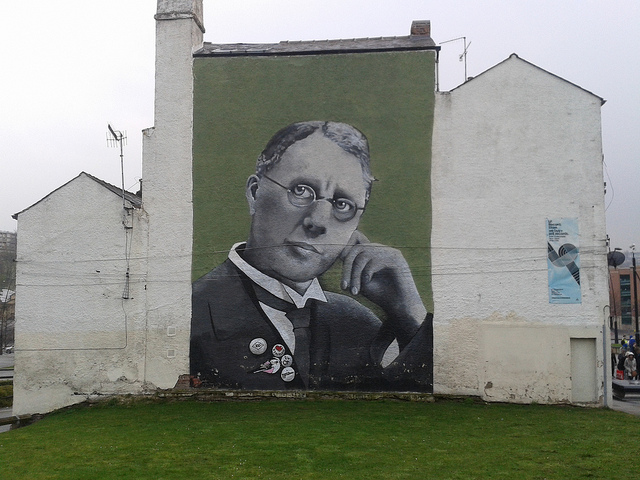 It’s been a bit of a wild ride with periods of rapid advancement, discovery and a culmination of knowledge that eventually lead to a lot of widespread expertise which needed a good sort through.

It actually took until 1971 for somebody to actually take the task to hand with the creation of British Standard BS4659 that designated specific grade names. This was done by the creation of a number of codes to tell those in the know exactly which product they were dealing with, such as O1, O2, D2, D6, M2 and M42, as well as a number of other products which also sound like names of dual carriageways. To the uninitiated, they’re meaningless alphanumerics, but they actually make a great deal of sense as they describe the characteristics of the metal.

The aforementioned O1 and O2 describes oil hardened cold work tool steel. These have minimal distortion and good hardenability, lending themselves to dies and gauges where stability is important.

Air hardening medium alloy cold work tool steels such as A2 have less distortion in heat treatment than oil hardening grades and are used in dies of all types.  The ‘A’ is for ‘Air Hardening’.

H grade steels are ‘Hot Work’, tungsten and molybdenum grades like H13, which are more resistant to heat than the cold work type tool steel, but this makes them more susceptible to thermal shock. Hot work grades can be used for dies up to 600 degrees Celsius.

Molybdenum high-speed steels are ‘M’ grades such as M2 and M42. These are common cutting grades, which can be heat-treated to a good level of hardness. They withstand increases in temperatures without losing temper and this means the steel can cut faster then high carbon varieties.

Shock resisting tool steels such as S1 are labelled ‘S’ grades, which do well under toughness but not so well under wear. Mainly suited to punches, shearing and trimming dies, but nothing where constant abrasion could grind them away.

The less than obviously named ‘D’ grades relate to high carbon, high chromium cold work tool steels, which form the other end of the scale from ‘S’ grades, as their wear resistance is excellent. Distortion in heat treatment is low and dies made from grades such as D2, D3 and D6 have very long lives. Carrying on a theme, not only does the ‘M42’ motorway exist as the name of a steel grade, but the ‘D6’ is also a major road in Croatia.

We’re often asked about why tool steels are classified as they are and even though tool steel and high speed steel specifications have been around for over 100 years, the almost common-sense approach of a letter and number to designate the type means that even those coming across this for the first time have a hope of following exactly what the product in discussion is.

Visit out tool steel page to see the what greades of steel we supply.