One of the areas where metallurgy and steel production have leapt forward in the last few years is in how precise we can be. The classification of steel has changed several times since the first methods were produced, enabled by a radical acceleration in the science and scope of measuring the material to be worked.

We know that this is a world away from the Industrial Revolution era images invoked by many, as now lab-coats are as necessary to the process as burly men. The compositions now produced are incredibly tight, thanks to the constant refinement in manufacturing methods over the years that allow us to create the highest quality materials.

Today’s understanding not only of steel but of the wider world around us, which allows us to manipulate the raw materials into the desired form, may seem involved and complex to many, but would be nothing short of witchcraft to afore-mentioned ‘burly men’. In fact, it almost perfectly fits Arthur C. Clarke’s now infamous third law, “Any sufficiently advanced technology is indistinguishable from magic”. 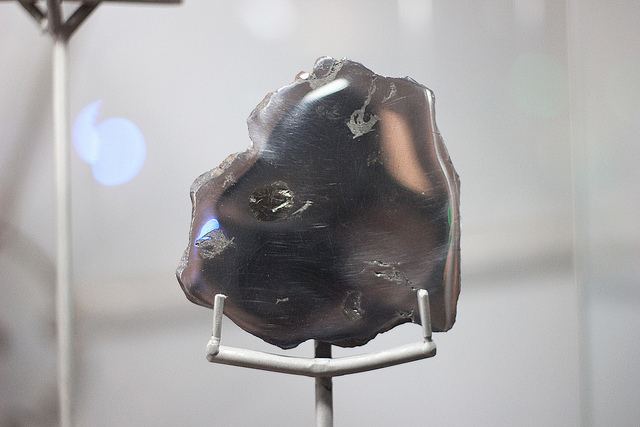 This, in fact, rings so true that if we venture far back enough, we find that this is exactly the case. Whereas we know today that if we manipulate certain materials in a certain way, they will yield a different (more useful) product, this wasn’t so apparent to Ancient races. The Egyptians, who were the most advanced of their time, relied on a very unique source of metal for tools; iron meteorites. These particular meteorites would fall from the sky, very different from the more common stony meteorites and they survived entry through the atmosphere much better than other falling objects. These iron-based fallen meteorites could contain up to 7.5% nickel and the composition was so useful but so alien to the Egyptians that they could only conceive that these objects were gifts from their gods. 18 items of meteoric iron were found in the tomb of Tutankhamen, represented by the word ‘banipe’ (ba = iron, ne-pe = heaven, or heaven-metal).

There have been other tombs which contain similar materials, such as the nine small iron beads from two different burial sites, both around 3,200 BC. The beads were confirmed as differing from terrestrial iron by use of Prompt-Gamma Neutron Activation Analysis (PGAA), which showed that traces of nickel, phosphorus, cobalt and germanium were present. This could only mean an extra-terrestrial source for the metal.

In the modern era, we’re fully aware that the states of certain minerals and materials are down to the conditions in which they were formed, this wasn’t so apparent to Ancient races. Certain minerals form because the temperature and pressure are correct for the elements to interact, but this state is changeable by altering the conditions within the mineral.

Previously, changing the state of one mineral to another by manipulating the state it was stored in was considered a super-human effort, only attributable to the gods. Now, we know that it’s merely a matter of science and that it’s not indistinguishable from magic; although we still think that today’s metallurgists are still something pretty special.

One response to “The Ancient Egyptians Steely Gift From The God”